Yang Mu - Towards the Completion of a Poem

The Mount Qilai of Taiwan Literature 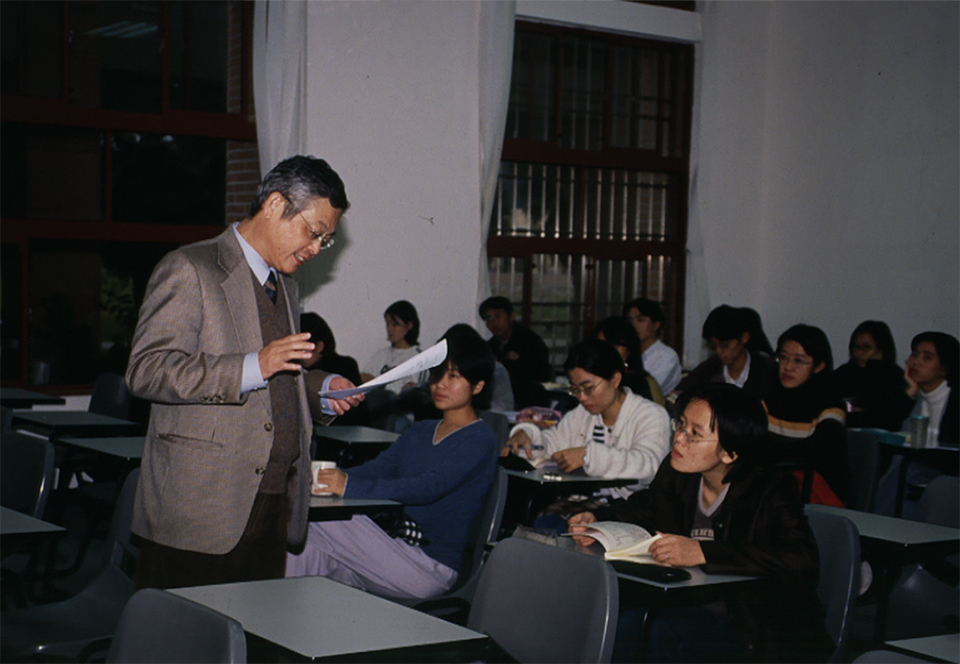 A Creative Career Spanning Half a Century

What is as immortal as solitude? From Mount Qilai to Berkeley, what is rising and taking shape in the tumultuous mind are, poems... Yang Mu’s body of work form one of the great “sceneries” of the contemporary literary landscape, with one critic calling him “the Mount Qilai of Taiwan literature”. Professor Chen Fang-ming of the Graduate Institute of Taiwanese Literature at the National Chengchi University once said that when he was on the government’s black list and living abroad in exile, Yang Mu’s poetry collection Youren (“Someone”) was like a floating log to him when he seemed to be drowning in his darkest times.

Yang Mu’s poetry went from melancholy and quiet expressions of himself to being involved with and critical of society. Of this, he says: “Change is hard, yet to remain unchaged is to be dead. Change is a painful experience, but pain is also a reality of life.” This was the key to Yang Mu beginning to concern himself with the real world. He changed his pen name from Yeh Shan to Yang Mu when he was 32, marking a watershed in his career when his writing expanded from pure romanticism to include more humanistic concerns.

“Writing should never be a form of venting, and I do not believe that writing should be used to express your anger and sadness.”—— Yang Mu 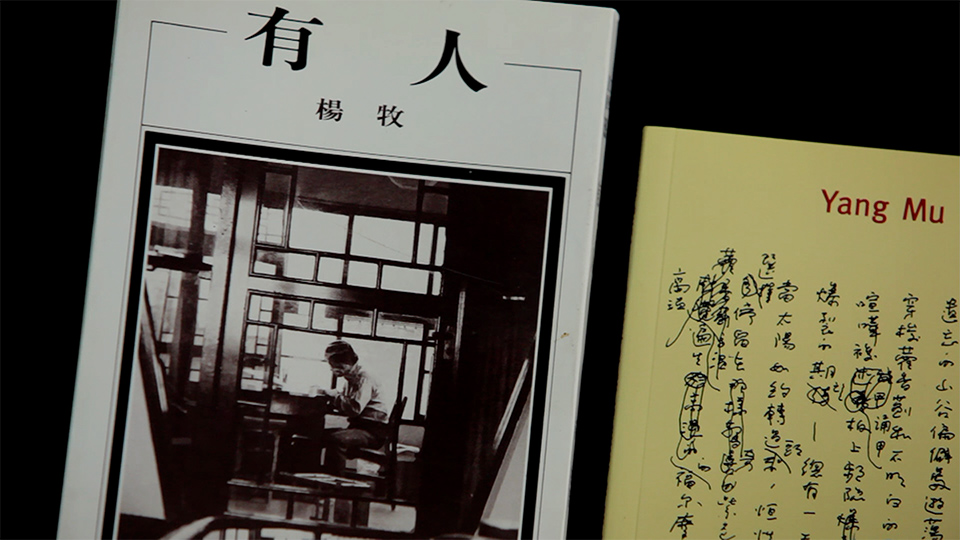 A Cross Between Tradition and Western Styles

Yang Mu, born Wang Ching-hsien in Hualien County, Taiwan, is a renonwed poet and essayist. Yang Mu was deeply influenced by Romantic poets in his early years. At the University of Iowa, he devoted himself to studying the works of Irish poet W. B. Yeats, who transcended his romantic leanings in middle age and turned his attention to the relationship between god and man and social criticism. This had a deep influence on Yang Mu’s shift in literary style. In addition to the romantic lyricism, there was a new layer of cool distance and reserve to his poetry, and he began writing more socially-minded poems. In Contemporary Chinese Poetry: Ten Major Poets, published in 1977, Yang Mu’s poetry is described as “overflowing with beauty”, “classically thrilling” and expressive of “nature’s rhythms”. In addition, his poems show an affinity for the vernacular and attention to real-world concerns. His poems and essays, varied and profound, explore the balance between tradition and modernity.

Towards the Completion of a Poem unfolds in the sound of Yang Mu reciting his poem, then launches into the exploration of an expansive literary career. We see the hesitant young man at the National Hualien Senior High School, the college student debating and learning in the shadow of the Dadu Mountain in Taichung, the researcher dedicated to the study of ancient English at the University of Iowa, the writer whose creative endeavors absorb western, Chinese and Taiwanese cultural influences, and the poet who is meticulous and uncompromising with his rhymes, rhythms and imageries. In the end, it is all of this that makes Yang Mu’s poetry and essays so poignant and moving. 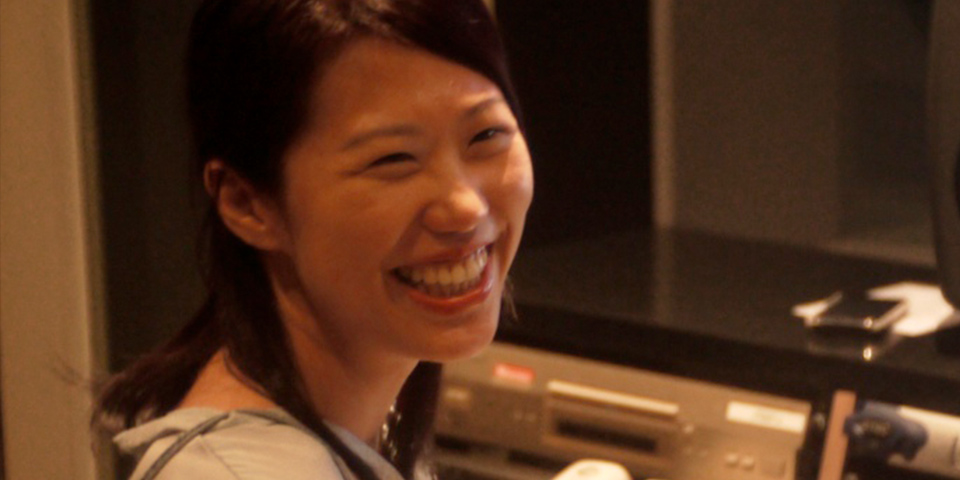 With an understated visual style that is rich in depth, Wen Zhi-yi has created a new style for documentary films. Wen’s directorial film debut, Nyonya's Taste of Life, was nominated for eight categories in the Golden Bell Awards and won three. Her short film Sleeping with Her won special awards at the Golden Horse Awards, the Asia Pacific Film Festival, and the Dubai International Film Festival. 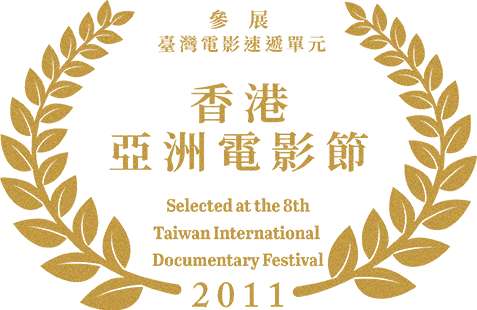 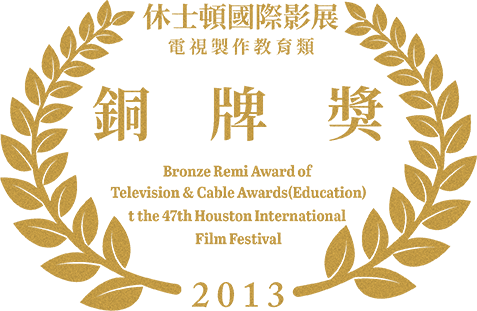 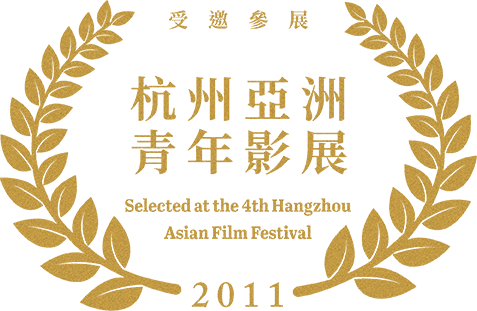 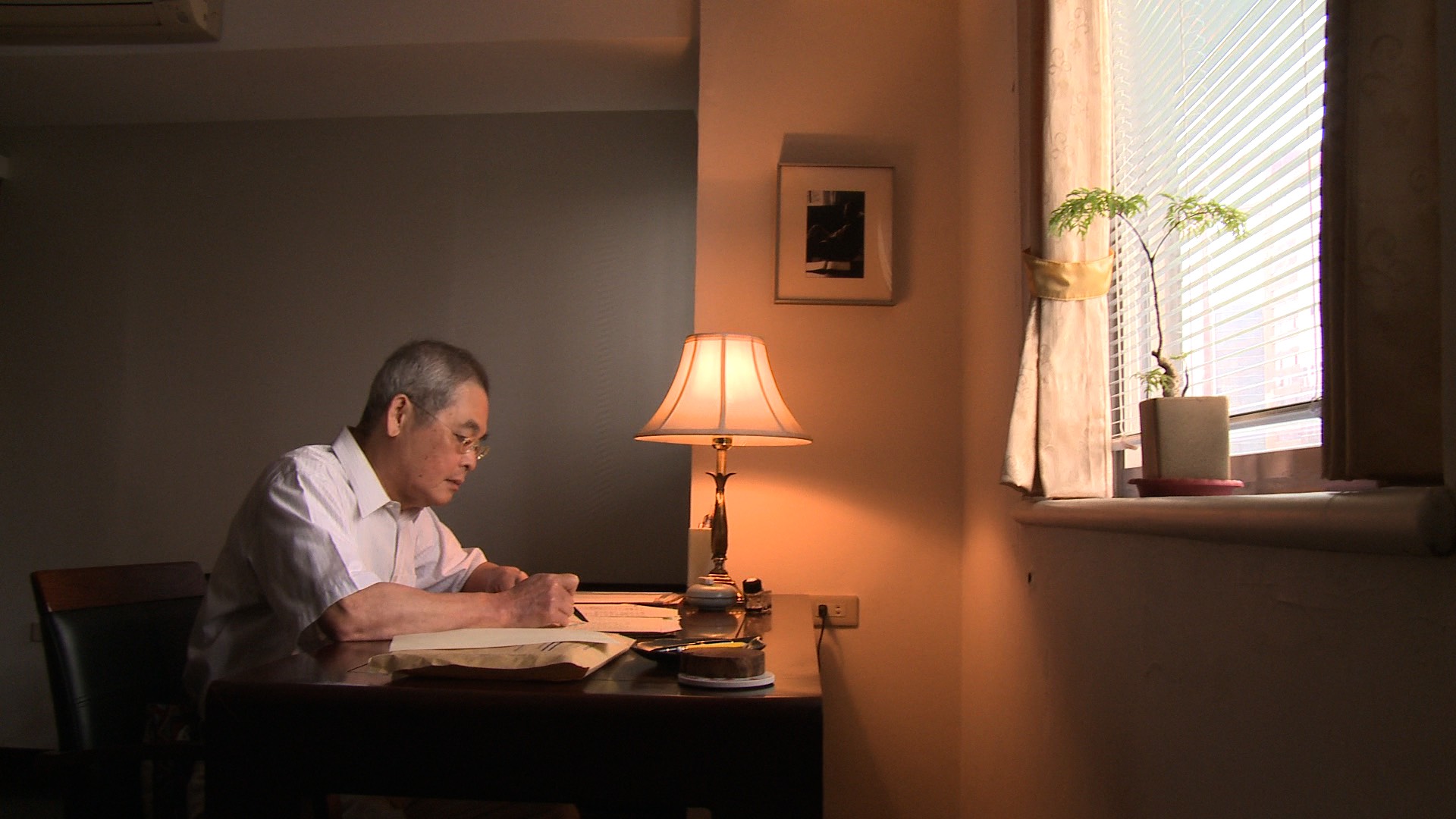 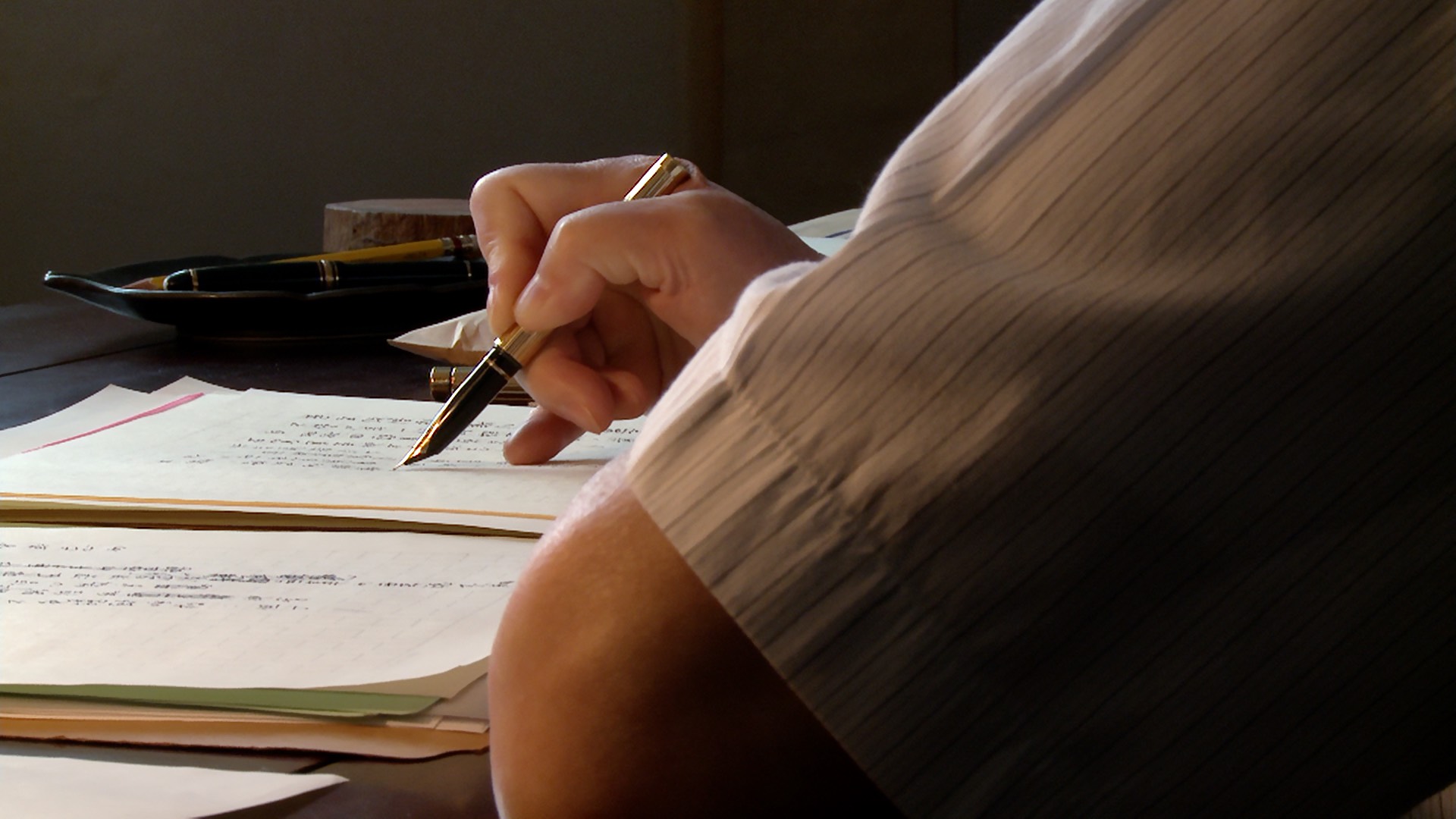 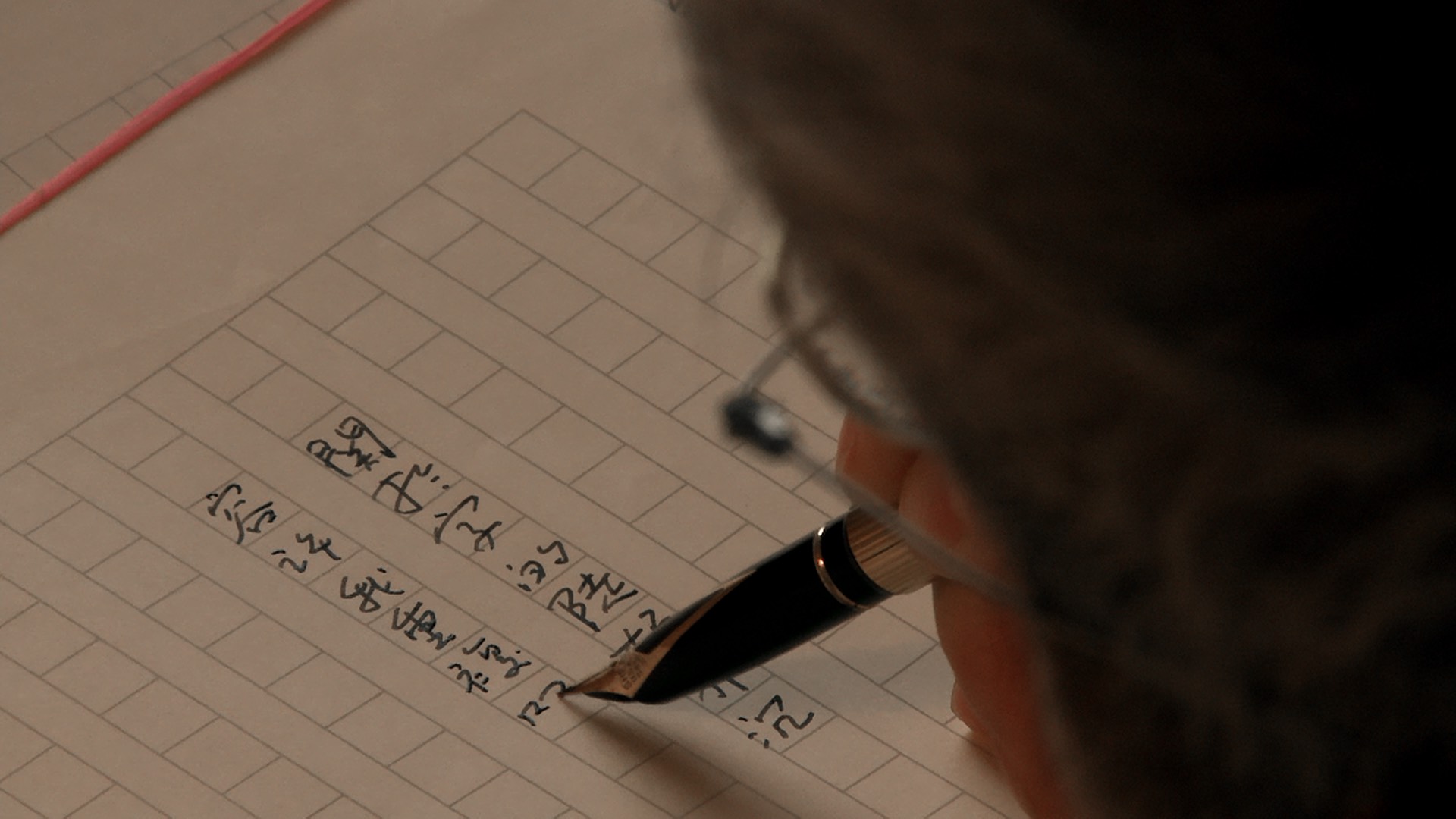 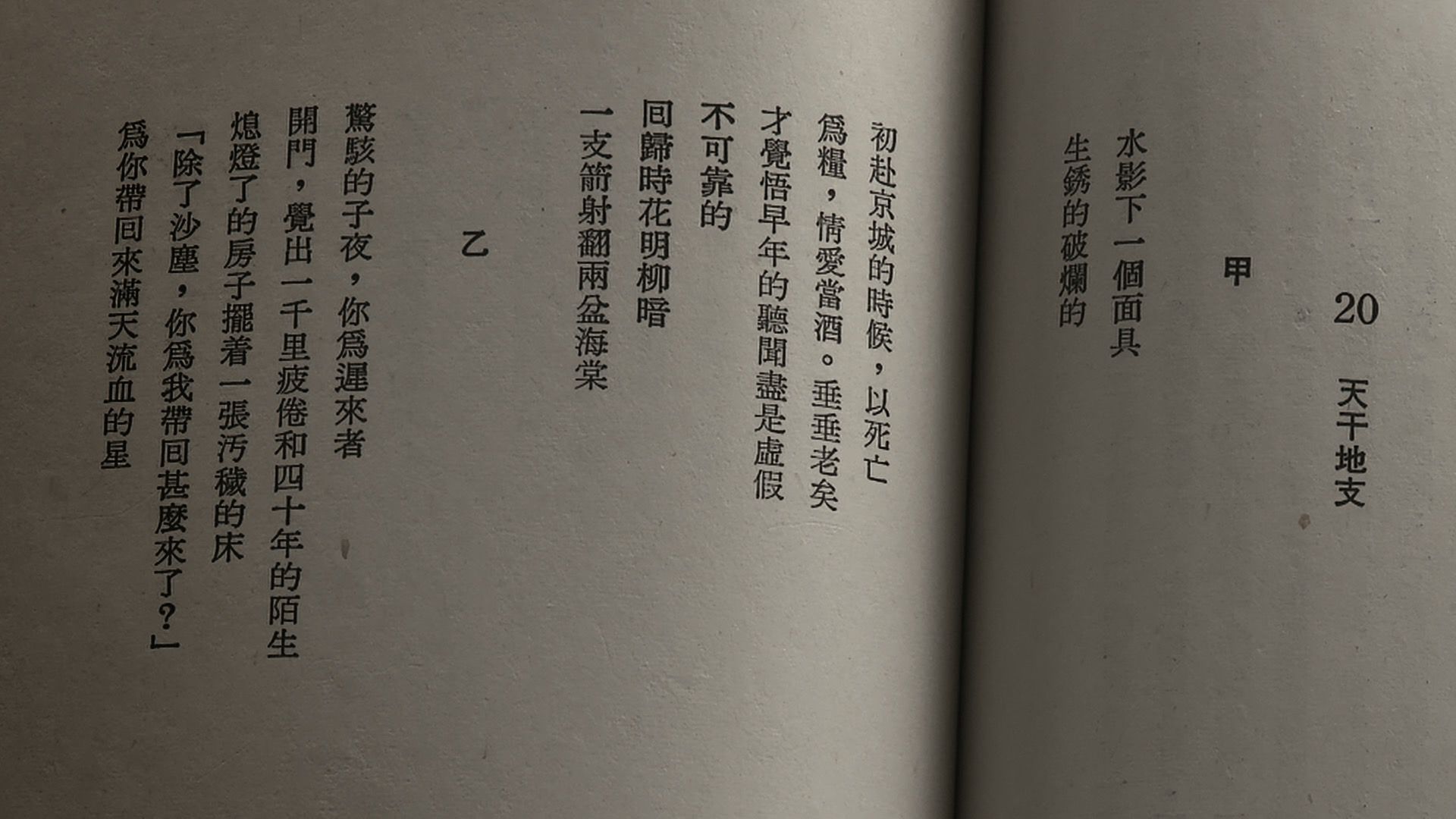 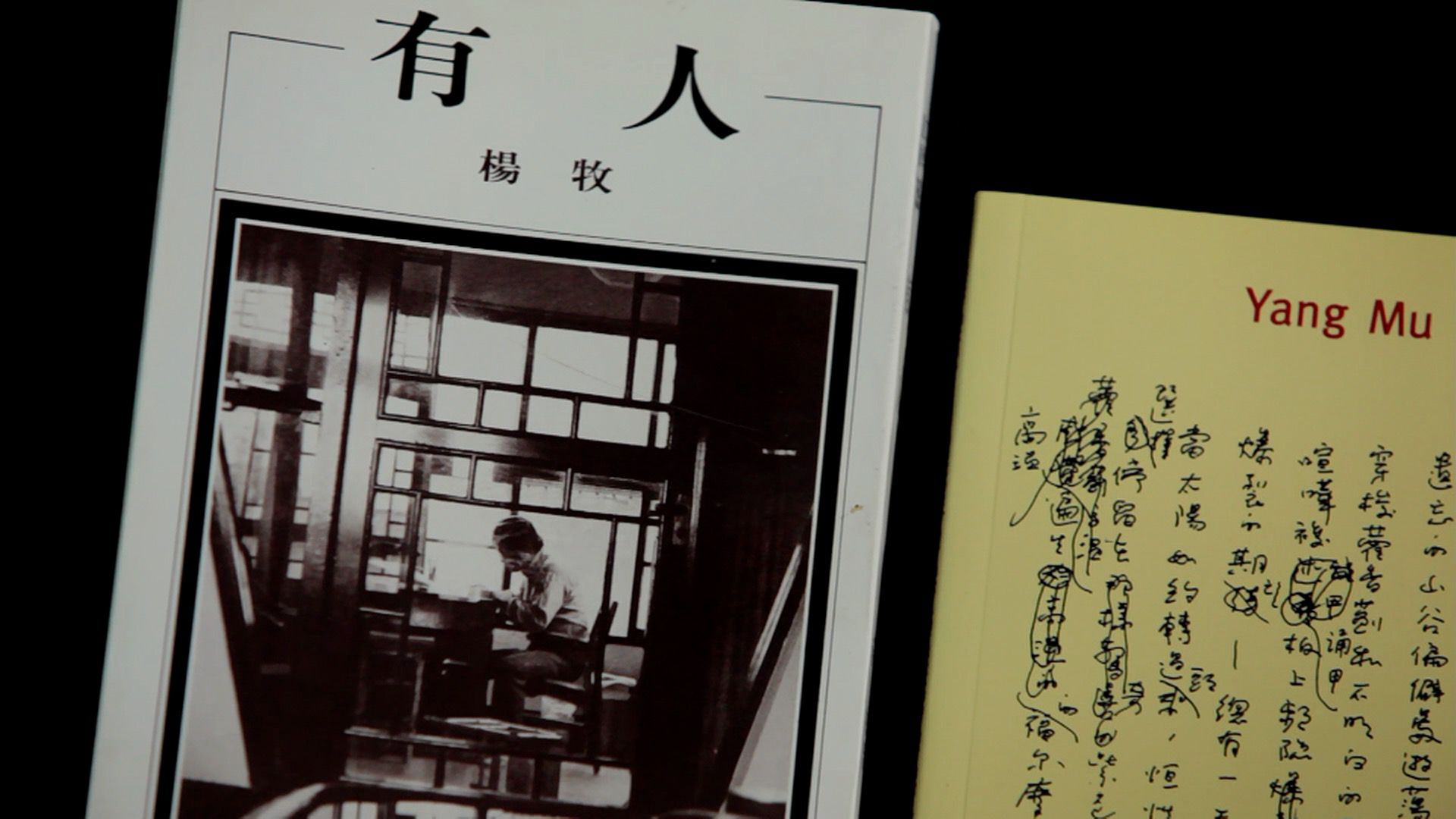 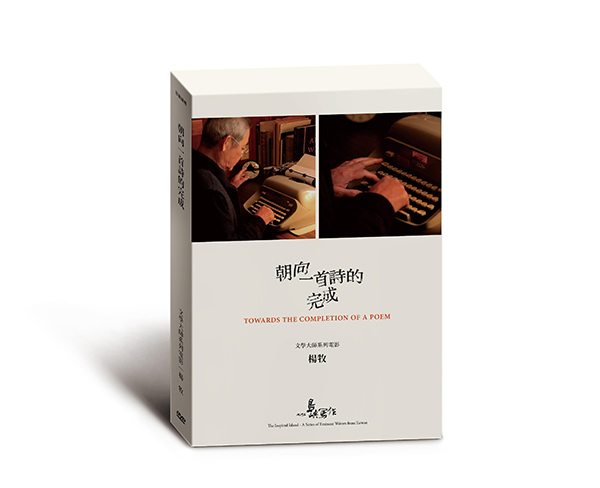 Wen Zhi-yi did a really good job with this film. It makes you fall in love even more with Yang Mu’s poems. The visual rhythm and script are excellent. What’s more, the film achieves the musicality that for Yang Mu is a must in poetry.
——Online comment from Daphne Tseng

Director Wen Zhi-yi’s gentle camera movements and graceful images are a perfect fit for Yang Mu’s elegant and classical temperament. The reading of his poems by numerous younger poets and foreign scholars is a distinguishing feature that sets the documentary apart, highlighting the genealogy of his influence in the world of poetry as well as his importance and qualities as a world poet.
——Online comment from Single Ocean

The precocious poet and dejected youth; the rigorous scholar and believer of Yeats. From Hualien to Iowa, Berkeley, Washington and back to Hualien. Although his head is hoary, his rosy complexion and bright eyes reveal the “fervor” (Xi Mi’s words) underneath his quiet life. For some reason that I can’t explain, this was stunning to me.
——Online comment from Quan Tao

Born in Hualien, Taiwan.
Begins writing under the pen name of Yeh Shan
at the age of 15.
First volume of poetry, By the Water’s Edge, published by Blue Star Poetry Society.
Attended the writer’s workshop at the University of Iowa.
Receives a Ph.D. in comparative literature from the University of California, Berkeley.
Adopts the pen name Yang Mu.
Begins editing the Literary Review magazine and books for the “Hong Fan Literature Series”.
1987 Publishes autobiography of his literary journey, Mountain Winds and Sea Rains, the first of the “Qilai books”.
Receives the Wu San-lien Arts Award for Literature.
Returns to Taiwan to become Dean of College of Humanities and Social Sciences, National Dong Hwa University.
Receives the 4th National Award for Arts in the literature category.
Receives the World Chinese Literature Award.
Publishes the second of the “Qilai books”.