The most controversial novelist of Taiwan. 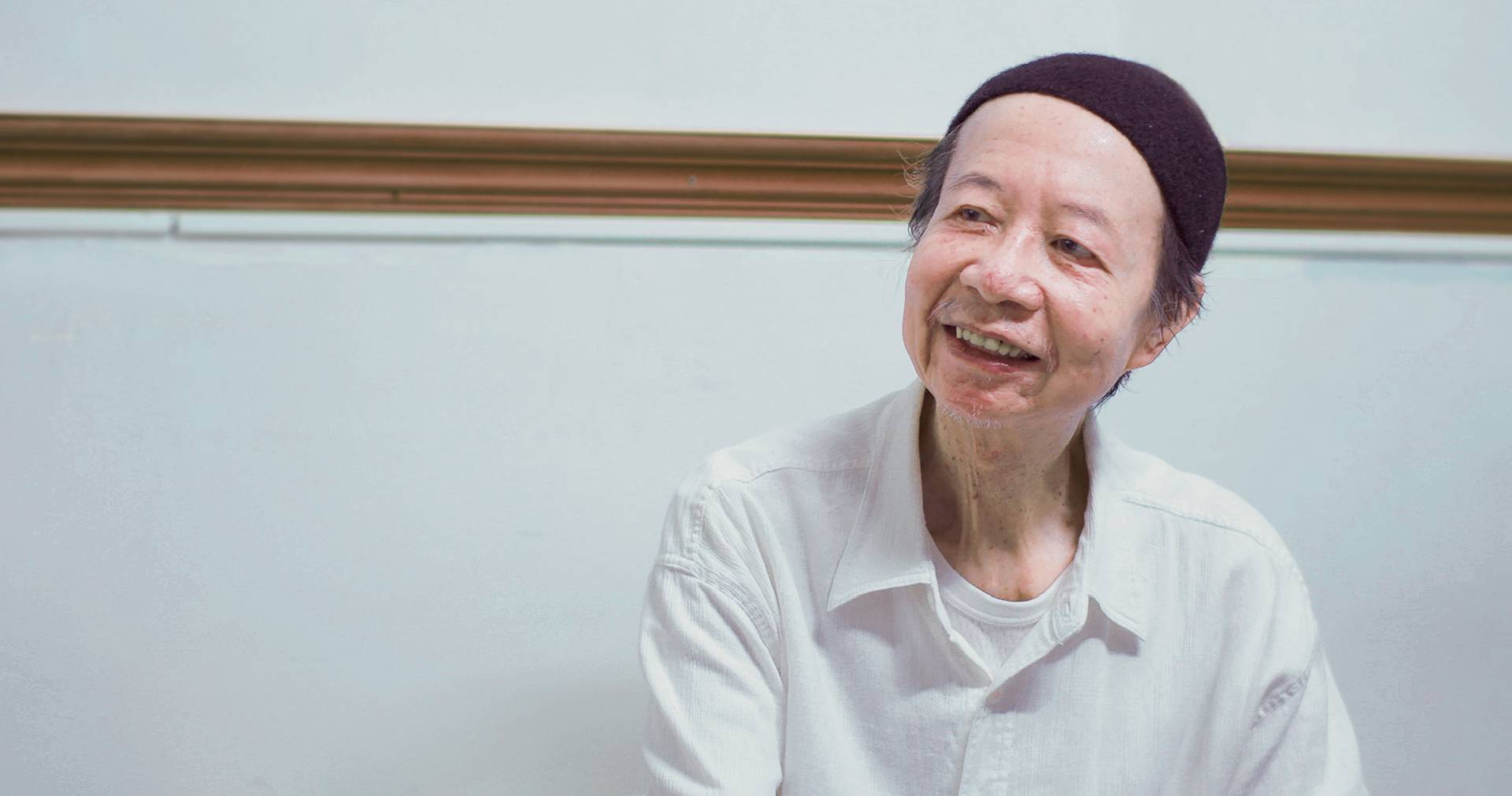 A great novelist who transcends time.

Qi Deng Sheng (1939-2020) was born Liu Wu-hsiung in Miaoli County's Tunghsiao Township, and was an art graduate of the Taiwan Provincial Normal School. In 1962 he published his first short story, “Unemployment, Poker and Fried Squid”, in the United Daily News literary supplement, then edited by Lin Hai-yin. In 1966 he founded the Literature Quarterly magazine together with Wei Tian-chong, Chen Ying-chen and Shi Shu-ching.

He received the first and second Taiwan Literature Award two years in a row, in 1966 and 1967. In 1976 he won the first United Daily News Novel Award. He was invited to attend the University of Iowa's International Writing Program in 1983. He picked up the paint brush again in 1989, refocusing his creative efforts on painting, showing his works in two solo exhibitions in 1991 and 1992. Throughout his life, he published 124 works of fiction, 137 prose writings (including miscellaneous writings and forewords) and 56 poems. He was recognized for his life’s work in 2010 by the 14th National Award for Arts.

While writers from National Taiwan University’s Foreign Languages and Literature Department took their cue from Western aesthetic forms and literary themes, engaging in a Modernist “experiment”, Qi Deng Sheng rooted his writing in his life’s history, presenting an unflinching and deeply probing look into his personal existences and interior self, breaking constrains to seek absolute freedom in his artistic expression and individual spirit.

“My writing reveals the dark world inside of me step by step.”—— Qi Deng Sheng 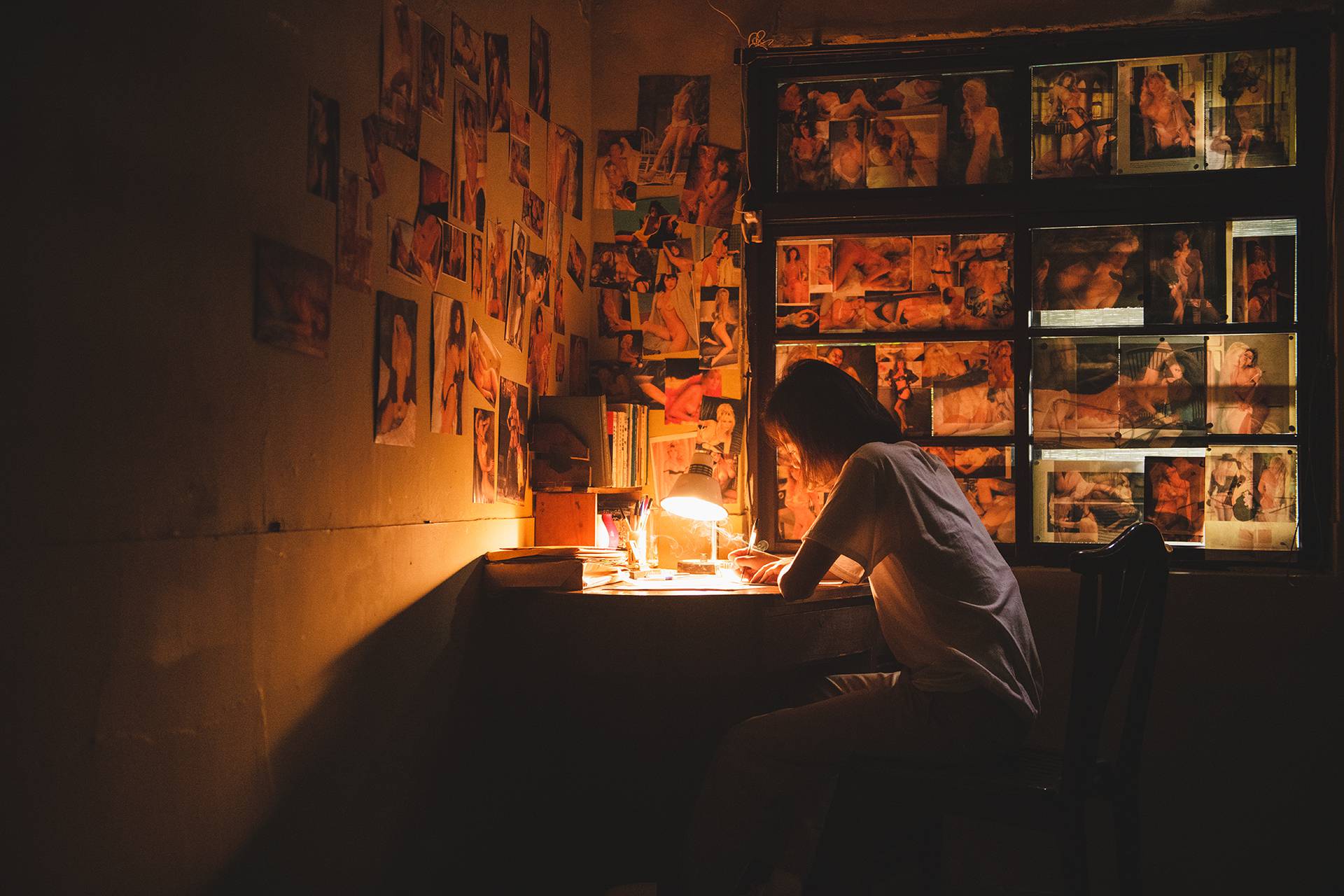 A world revealed through writing.

Qi Deng Sheng is the most controversial novelist of Taiwan.

In 1967, he published one of the best-known short stories in the history of Taiwan literature, “I Love Black Eyes”, in Literature Quarterly. The protagonist Li Long-di’s choice to save a prostitute while ignoring his wife in an apocalyptic flood stirred up heated discussions and controversy in the literary establishment. Critics at the time believed that such iconoclastic and degenerate works of literature might undermine national security and should be banned. Since then, Qi Deng Sheng’s highly autobiographical novels have been labeled as abstruse works of individualism or nihilism. However, with time, Qi Deng Sheng has become one of the most influential writers for later literary circles, and is seen as the first of Taiwan’s “inward-looking generation” of writers.

Narrated by the director and featuring texts from Qi Deng Sheng’s novels, A Lean Soul delineates the family, childhood, frustrations and love life of this most controversial of contemporary Taiwan writers. Overcoming difficulties in the shooting of the film and the subject’s guarded attitude, director Chu Hsien-jer was able to conduct multiple interviews with the writer, who has shied away from public view for years, to discuss literature, philosophy and life. The film also offers a glimpse into the writer’s reclusive life and the lunacy and loneliness of his inner world. Interviews with key persons in the writer’s orbit also shed light on the context of the writer’s life and his creative image.

Qi Deng Sheng once said of himself: “My writing reveals the dark world inside of me step by step, thus time and time again cleansing away the filth that has accumulated within me.” In the face of the collective and unfathomable minds of his contemporaries, Qi Deng Sheng’s personal traumas and darkness seem also to speak to humanity’s traumas and darkness.

The self-deprecating pen name of Qi Deng Sheng, literally “seventh class student”, was the writer’s act of rebellion and irony against his times. He compelled both the literary establishment and society on the whole to move forward and think deeply. A Lean Soul offers a rare record of the person behind the works. 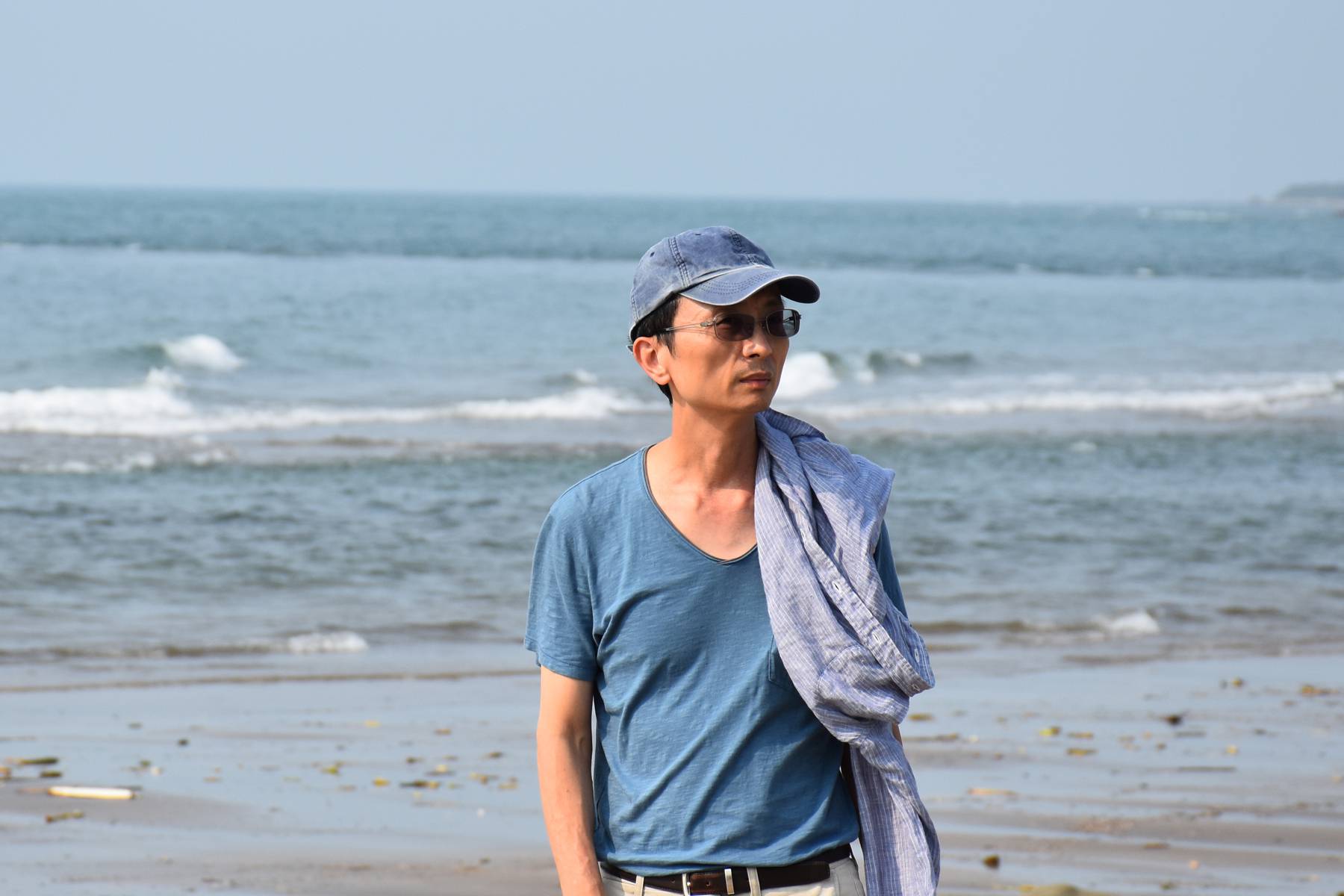 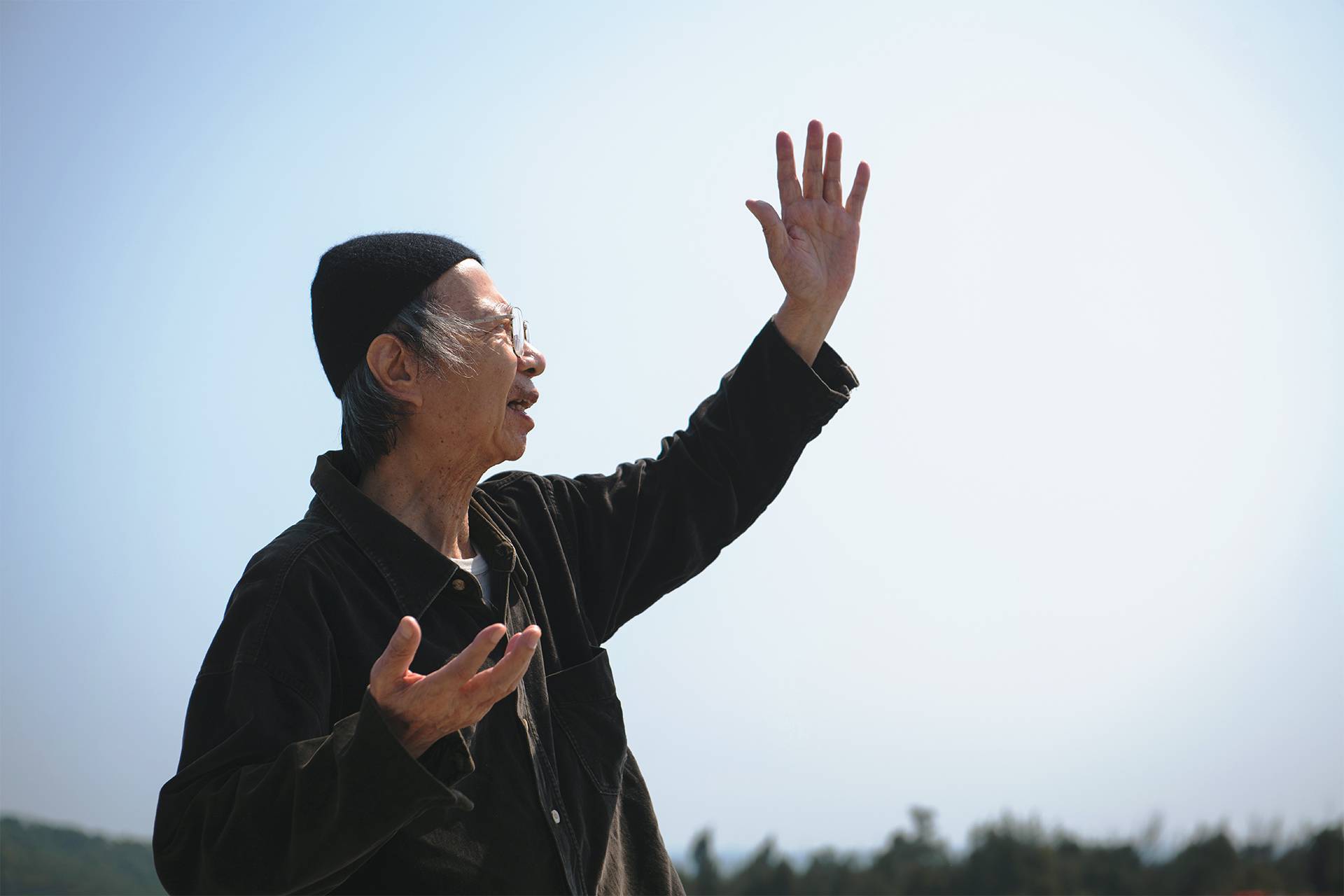 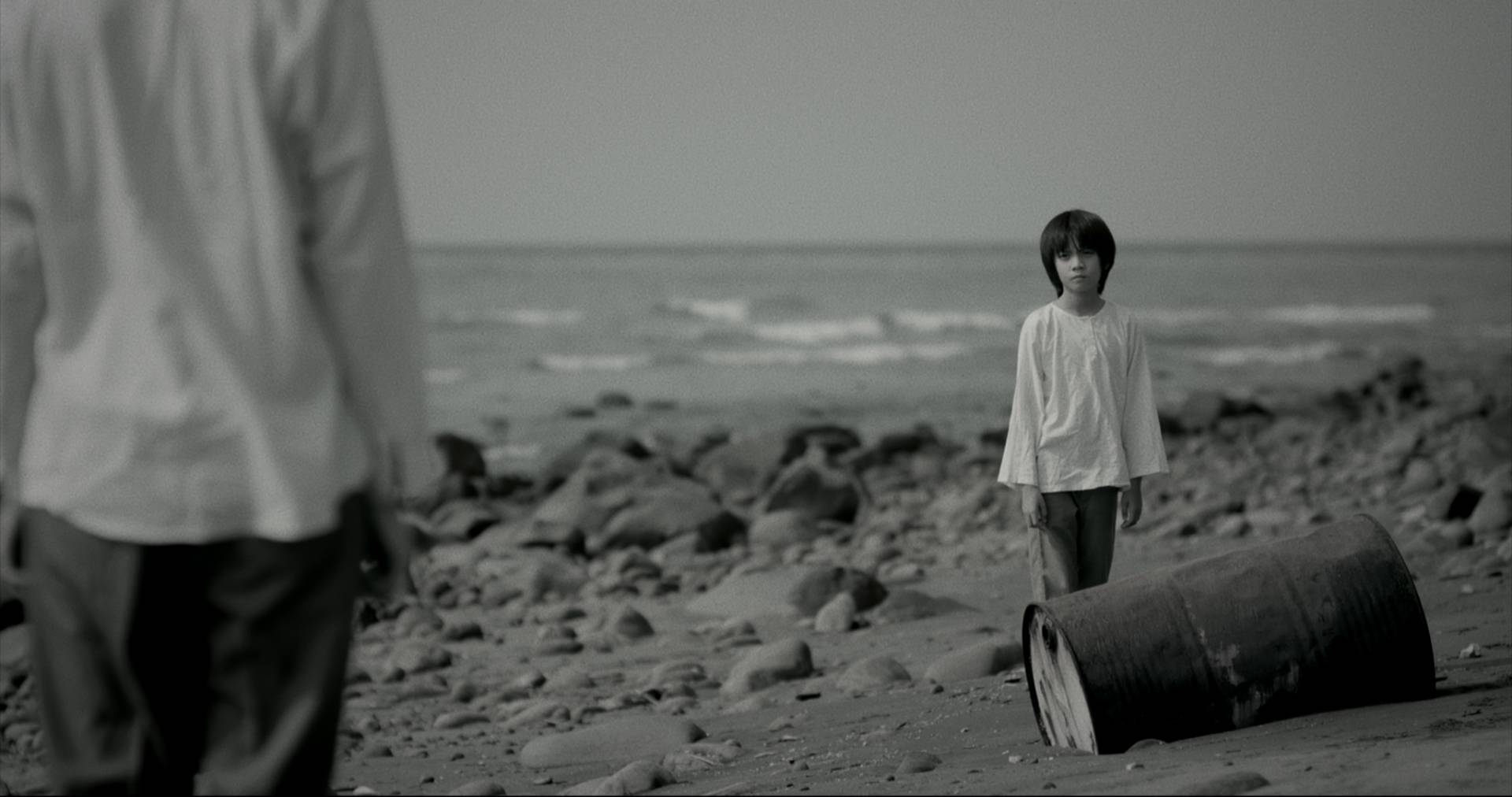 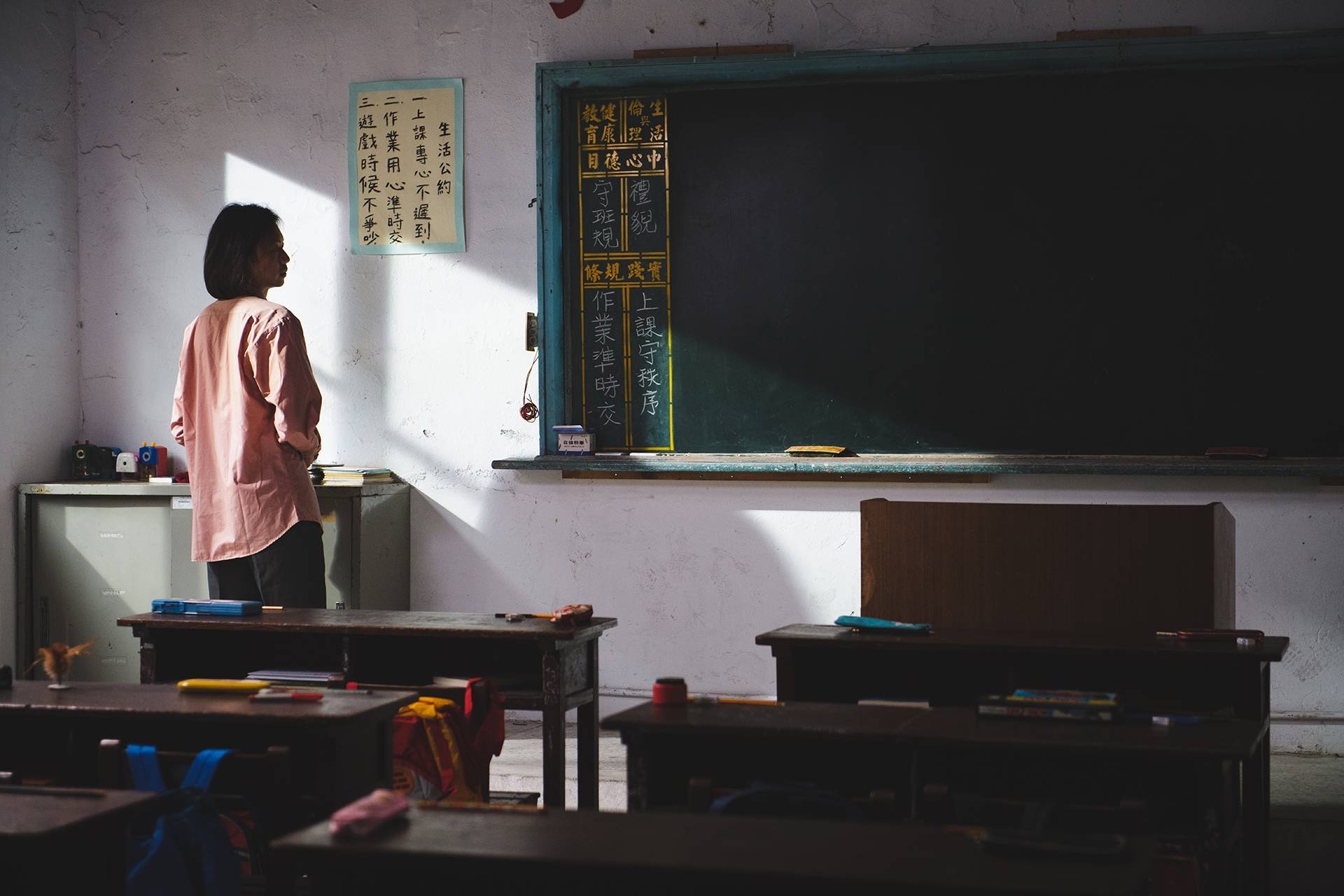 Born in Tunghsiao, Miaoli.
Passed the entrance examination for the art department of the Taiwan Provincial Normal School.
Published his first short story, “Unemployment, Poker and Fried Squid”, in the United Daily News literary supplement.
Founded Literature Quarterly with Wei Tian-chong, Chen Ying-chen and Shi Shu-ching.
Published the controversial short story “I Love Black Eyes”.
Returned to live in his hometown Tunghsiao, where he taught at the local elementary school.
His first complete works collection, ten volumes in total, is released by Yuan-Hsing Publishing. This makes him the first writer in the history of contemporary Taiwan literature to have both his complete literary works and literary criticism published.
Attends the International Writing Program by invitation of the University of Iowa.
Learns to play and sing the classical Nanguan music. Publishes a collection of miscellaneous writings in Simu Weiwei (“Missing You”, Commercial Press Publishing).
Publishes The Complete Works of Qi Deng Sheng (Vista Publishing); announces retirement from writing in the same year.
Receives the 14th National Award for Arts.
Dies on October 24 at the age of 81. A Lean Soul, a documentary on the writer by filmmaker Chu Hsien-che, premiers at the 57th Golden Horse Film Festival. The Complete Works of Qi Deng Sheng is reissued, with his paintings on the covers (Hyper Convergence Foundation, INK Publishing).
A Lean Soul, Documentary on Writer Qi Deng Sheng, Now in Theaters