Forever young, the poet fights on. 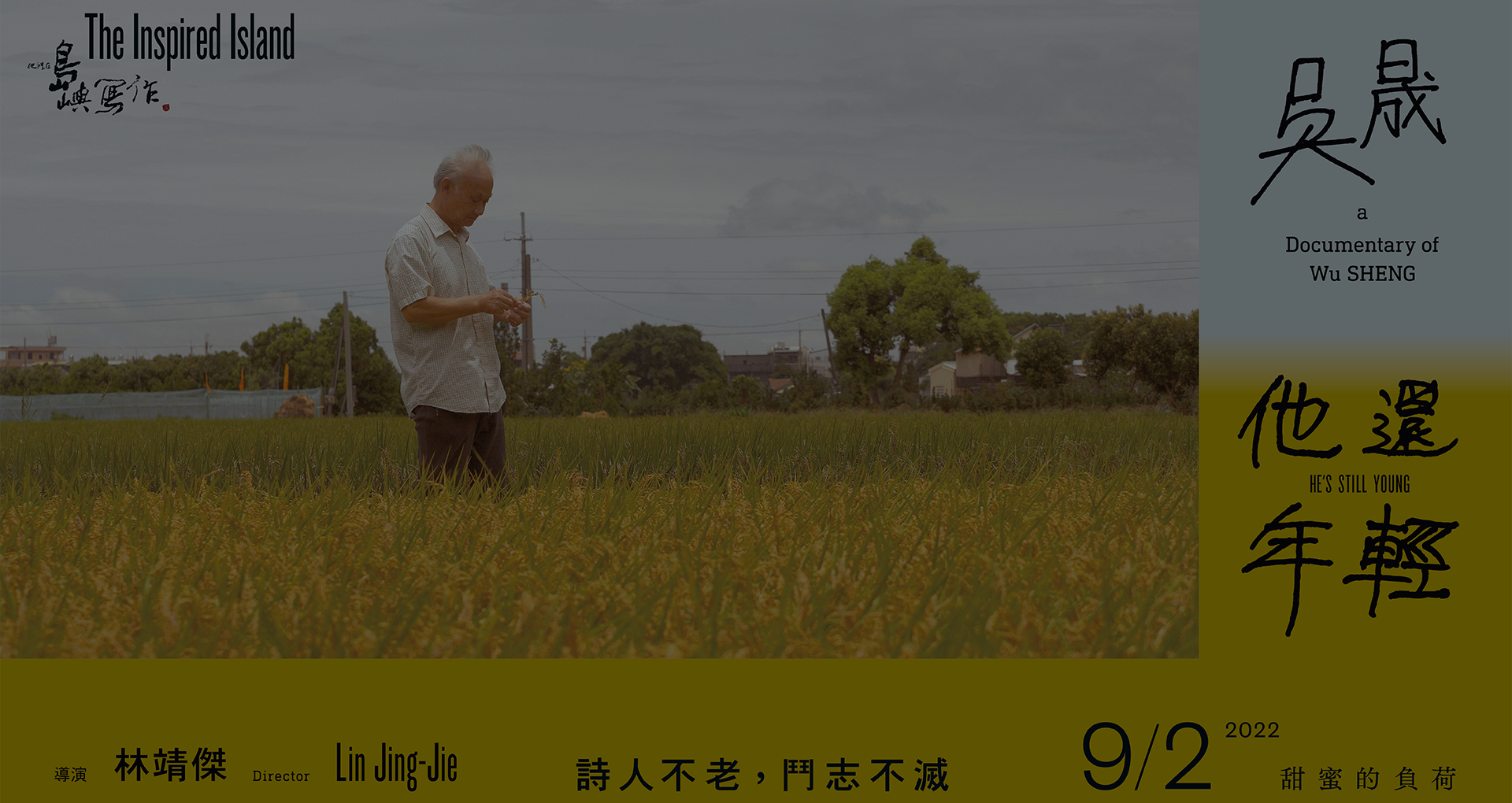 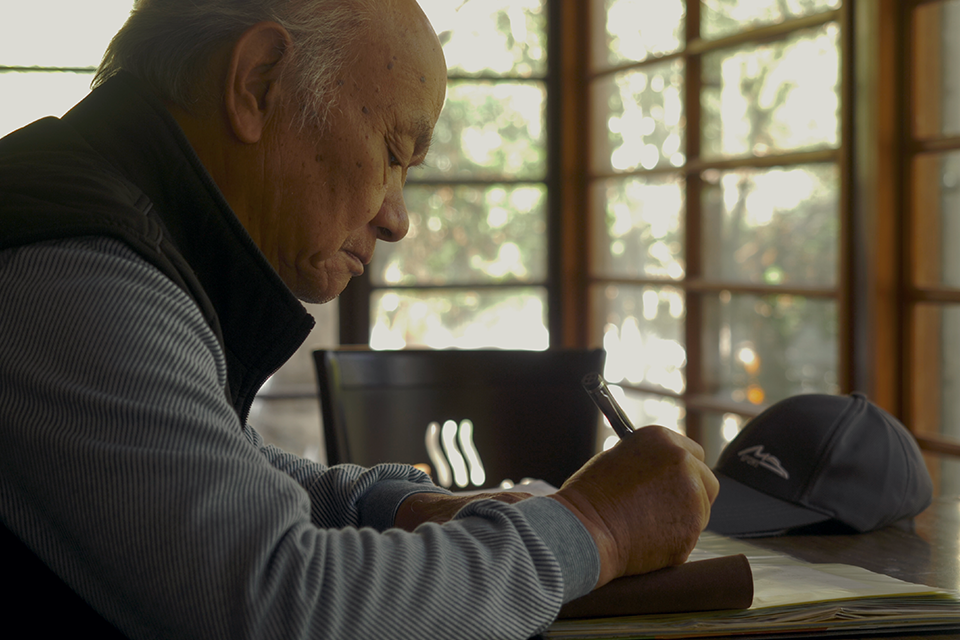 Wu Sheng was born Wu Sheng-hsiung in 1944 in Changhua, Taiwan. After graduating from Pingtung Agricultural School’s Department of Animal Husbandry, he taught biology at Changhua County’s Sijhou Junior High School until retirement. He now devotes himself to farming and writing. In 1980 he was invited to the University of Iowa Writers’ Workshop as a visiting poet.

Having grown up in a rural farming village, Wu Sheng writes poetry that is rooted in his native land and has been refining his poetry while tilling the land for decades now. In 1972, he published 12 poems under the title “Hometown Vignettes” in Youth Literary magazine. His mournful cries for the land and deep affinity for farming communities set a clear tone for Taiwan’s nativist literature. Through poetry collections The Soil and He’s Still Young, as well as collections of prose that include Farming Woman and Notes on the Choushui River, he writes of his deep love and sadness for the land, while always maintaining a critical eye. He is devoted to environmental protection and sees himself as a writer who is very much involved with the world, redefining the limits of what it means to be a poet through active social participation.

“What a writer needs to do is come back to his desk eventually. “——Wu Sheng 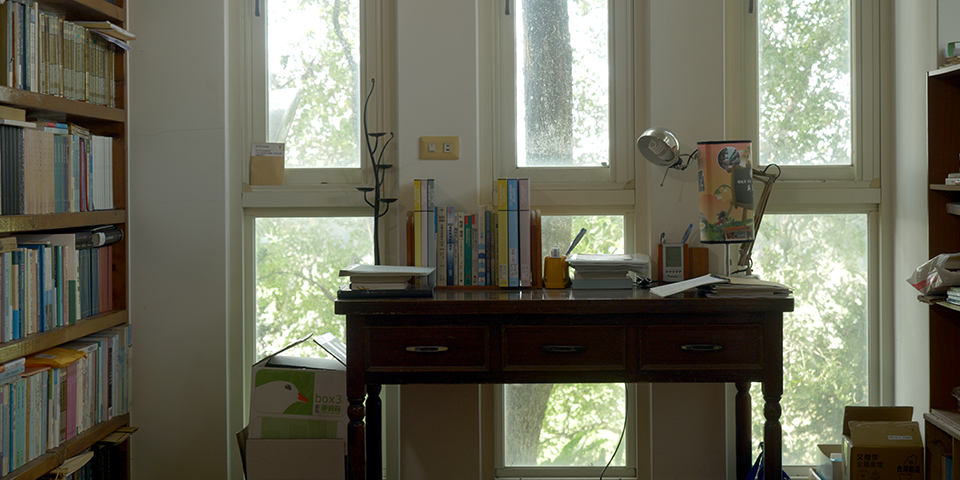 The documentary He’s Still Young was filmed on location over more than three years, beginning in 2017. The crew followed Wu Sheng as he moved through the countryside of his hometown Changhua and made numerous visits along the Choshui River to survey its ecology. The crew also traveled with Wu to Iowa, where he reminisced about his experience at the Writers’ Workshop, and to Vancouver, where he visited his mentor and friend, the writer Ya Hsien. As such, the film provides a moving portrait of the emotion that flows between the poet and his family and friends. During filming, his daughter Wu Yin-ning, who was featured in his poem about his children, “The Burden”, came under political attack for her role in a controversy involving the Taipei Agricultural Products Marketing Corporation (known as Bei Nong in Chinese). During this time, Wu Sheng was unable to write poetry, instead keeping a record of the events as he faced the greatest setback and shock of his life, eventually completing the book Bei Nong Stories. The film is thus a record of the poet’s emotional journey over more than two years, which saw him experience feelings of anger, anxiety, frustration and struggling, then feeling reborn and finally transcending it all—a testament to the ultimate redemptive power of poetry in a chaotic world. 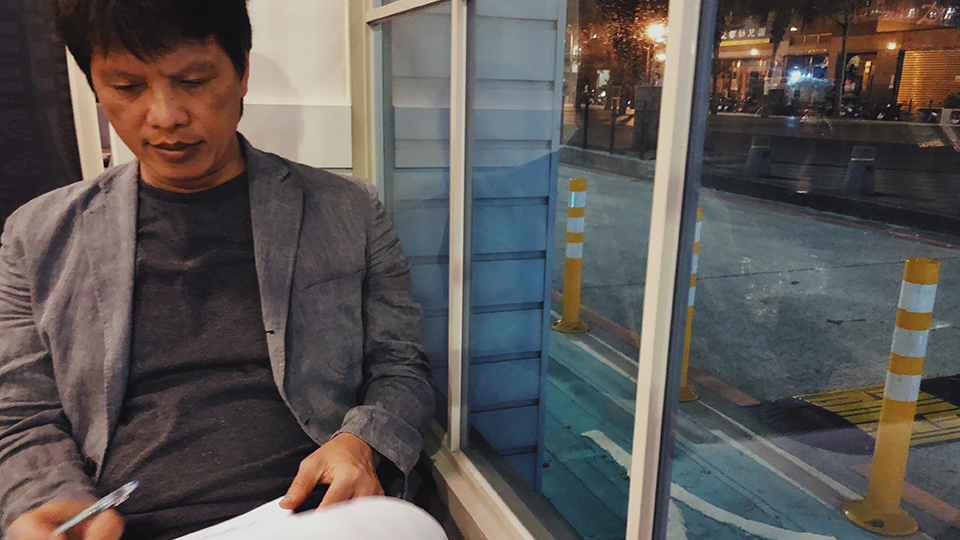 Lin Jing-jie is a film and documentary director. As a writer, Lin wrote under the pen name Jiangbien (“riverside”) and was the first-prize winner of the Unitas Literary Award for Best New Writer and the China Times Award for Prose.

In 2007, Lin received the International Film Critics’ Week Award at the Venice Film Festival for his film The Most Distant Course.

For the first installment of the documentary series “The Inspired Island”, in 2011 Lin directed The Man Behind the Book, a documentary on novelist Wang Wen-hsing. In addition to capturing the writer on camera, Lin’s cross-disciplinary effort also included animation, stage play, and improvised music, which together completed the picture of the writer’s own world and the world he created with his pen. The film won Best Editing in the Golden Horse Awards and the International Feature Film Competition Merit Prize in the biennial Taiwan International Documentary Festival.

Beginning in 2017, Lin spent close to four years making the documentary on the poet Wu Sheng in the third installment of “The Inspired Island”. He closely followed and documented the nativist poet’s creative struggles and the love and melancholy he felt for his homeland. 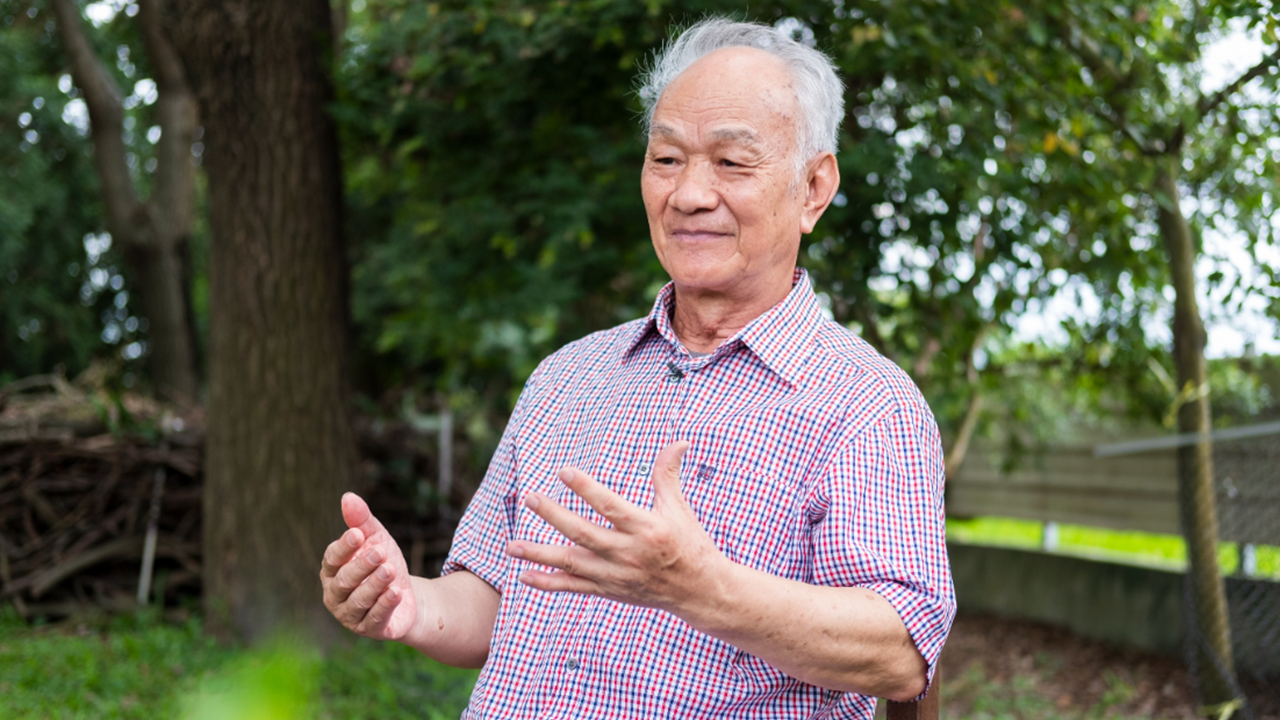 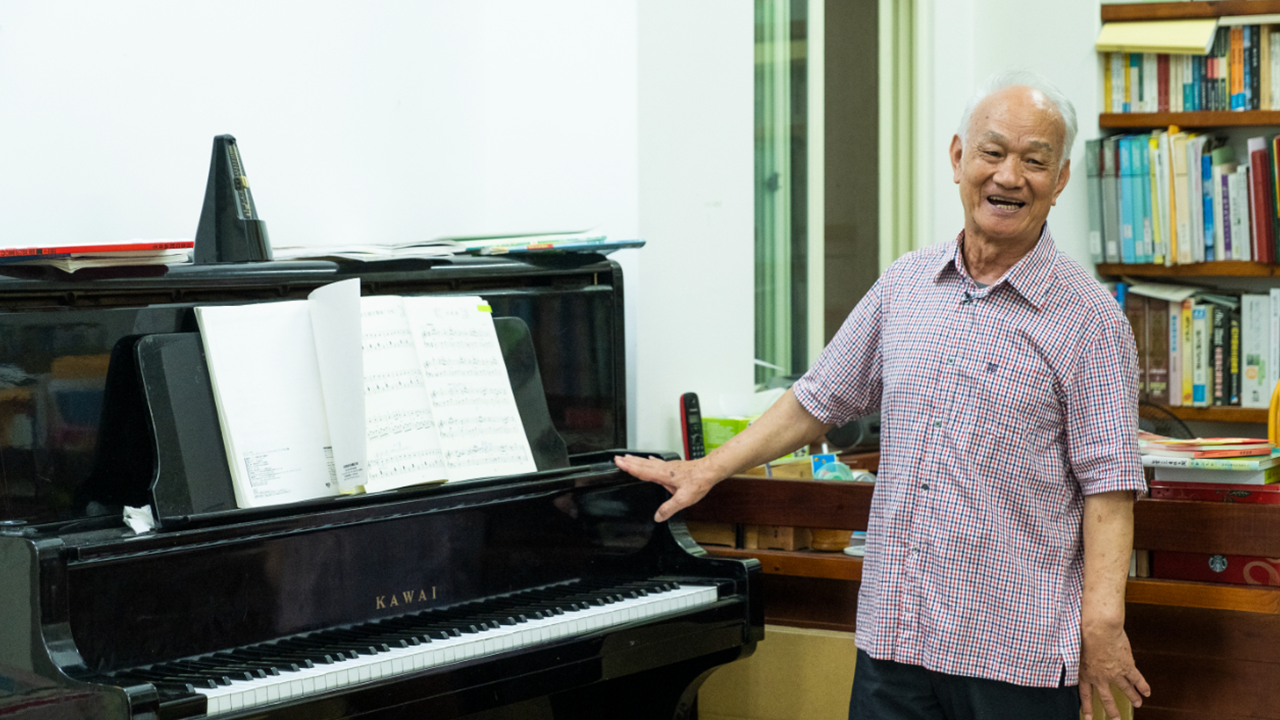 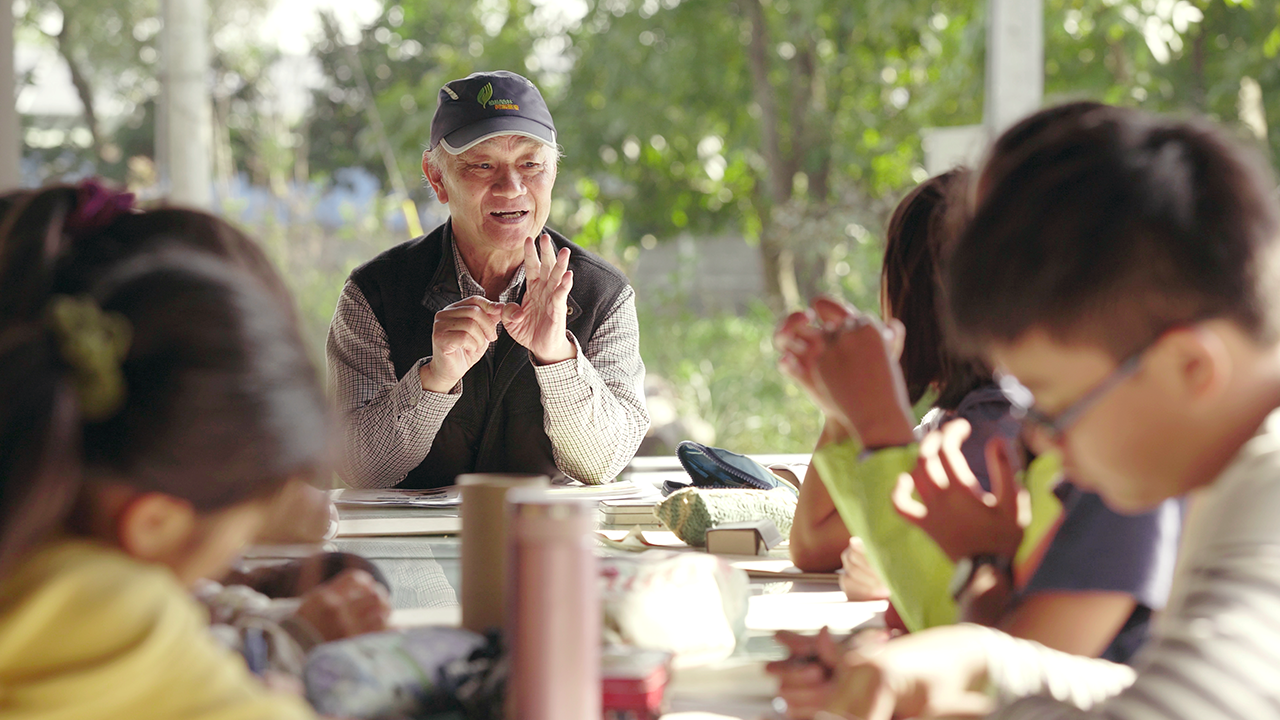 Born in Meishan, Chiayi. The following year, the family moves back to Sijhou, Changhua County.
Transfers to the junior high school division of Changhua High School, where he begins to read broadly in literature and try his hand at writing modern poetry.
Passes the entrance exam for Pingtung Agricultural School (now the National Pingtung University of Science and Technology), where he meets his future wife, Chuang Fang-hua.
Self-publishes his first poetry collection, The Swing.
Participates in the China Youth Corps event “Seminar for Young Journal Editors”, where he meets the camp director at the time, poet Ya Hsien.
Returns to his hometown to teach at Sijhou Junior High School.
Publishes a series of 12 poems, titled “Hometown Vignettes”, in Youth Literary magazine.
Poetry collection Hometown Vignettes published.
Invited to participate in the University of Iowa Writers’ Workshop. His poem “The Burden” is selected by the National Institute for Compilation and Translation for inclusion in high school Chinese textbooks.
First collection of essays, Farming Woman, is published.
Begins planting trees native to Taiwan on his farmland, later naming the plot Chun Garden after his mother
Wu’s youngest son Wu Chih-ning invites musicians to set ten of his father’s poems to music and releases the album The Sweet Burden.
Poetry collection He’s Still Young is published, receiving the Taiwan Literature Golden Award for New Poetry the following year.
Named senior advisor to the president.
Documentary film on Wu Sheng, He’s Still Young, is officially released.