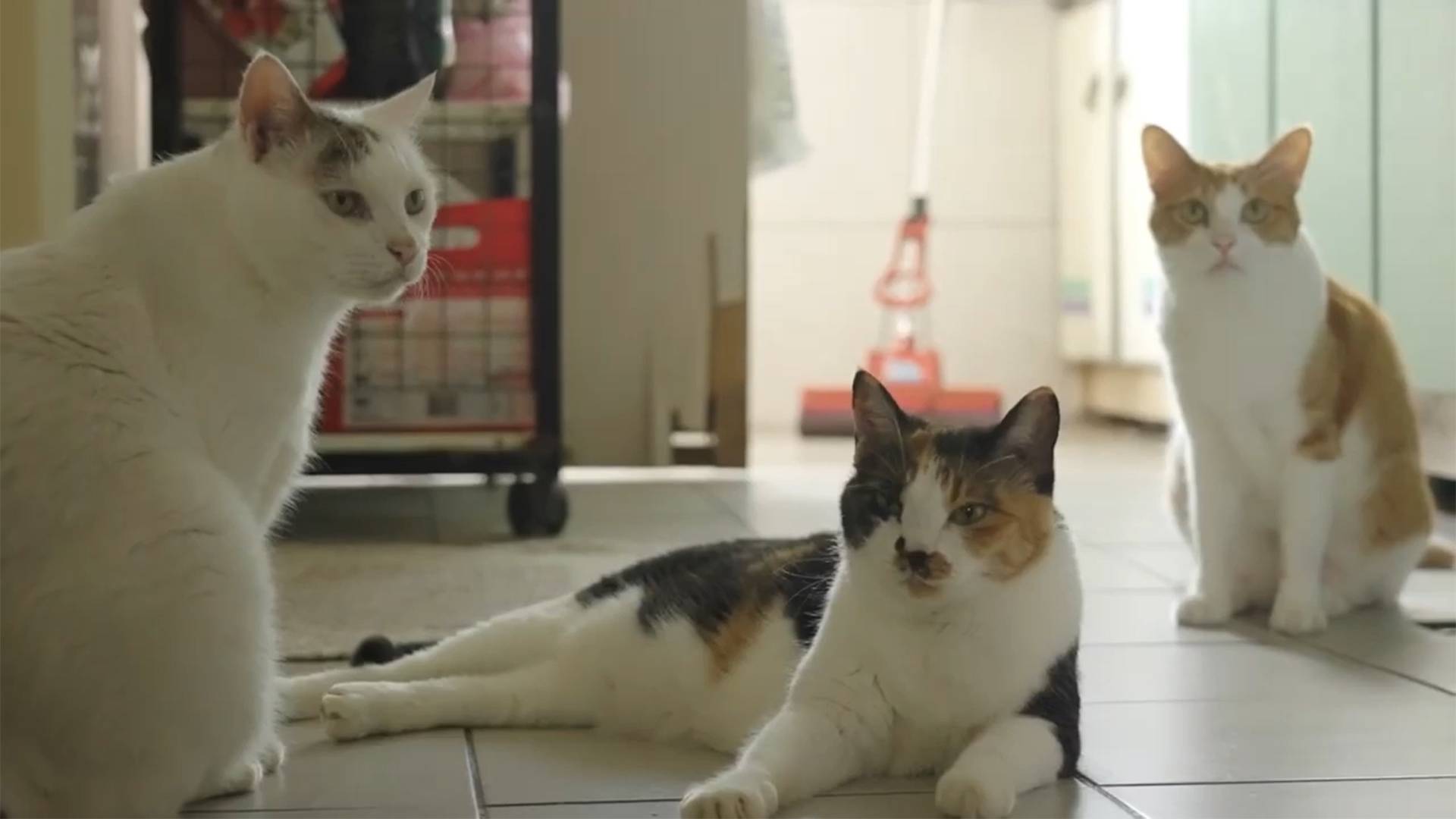 “These are representatives of some extremely typical city stray cats, whom I just happened to meet. I personally witnessed their lives and deaths, and felt a sense of responsibility to record what I saw, to prove that these cats really did exist in our world at one point in time.” From The Cats' Lives, by Chu Tien-Hsin 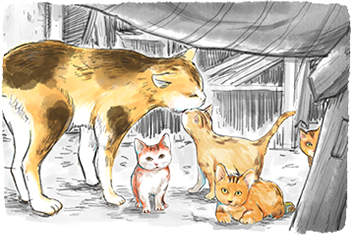 Accompanied by a sudden meow, the legendary Daddy Cat appeared…

Daddy Cat, with his enormous head and broad yellow back, fought with other cats all over the neighborhood. The area under his control was larger than an entire district, and yet he politely greeted local residents who brought him food on a regular basis; he would purr and fawn on them and become inordinately talkative and affectionate in their presence. Mommy Cat, as she kept a close watch over her own territory consisting of an entire street, was like the local village chief. She taught her children to be independent and alert—and unapproachable. Sister Cat, a rare and exquisite beauty, was extremely shy and afraid of people. After she got fixed, however, she became extremely affectionate and was always begging for hugs.

By presenting the life history of one stray cat family, this piece also reveals the family’s plight, its worries and concerns. A deeply moving narrative that also leads to reflection. 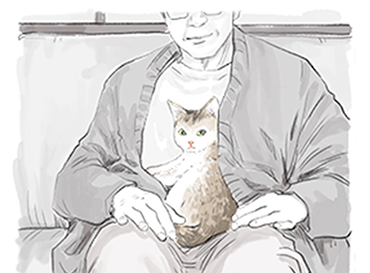 He was different from other stray cats that ended up in our house. Jiabao, with his own last name, turned out to be an extremely unusual cat…

Lee Jiabao is Chu Tien-Hsin’s own personal cat in shining armor. Extremely handsome but also cold and aloof, he does not care for other female cats, reserving his affections for Chu Tien-Hsin alone. The arrival of Toto the puppy, however, takes away from the alone time between Chu Tien-Hsin and Lee Jiabao.

A turn of events leads to Jiabao being given away to the young daughter of a family friend. No one could have predicted that Jiabao would go on a hunger strike lasting for days. When he is brought back to the Chu household, he is dirty and famished; his illness deteriorates rapidly. During the final stages of his life, when Chu Tien-Hsin calls him by name, he wags his tail valiantly: it is his way of letting Chu know that in spite of everything, he still forgives her.

About the Comic Book

Adapted from personal essays found in Chu Tien-Hsin’s collection The Cats' Lives, the stories consist mainly of observations of stray cats. These describe the cats enjoying a common living space as they move about inside and outside of the house, from one end of the street to the other.

In adapting these essays, popular comic artist Ruan Guang-Min has once again ventured beyond familiar territory and broken new ground. Using as his material the precious personal recollections contained in “Cat Daddy” and “Lee Jiabao,” Ruan Guang-Min has captured the feelings and warmth arising from the interaction between humans and cats. With warm soft hues, he vividly brings to life the memories of these feline creatures; the grey background color evokes past memories and is a metaphor for the cold indifference of modern cities. 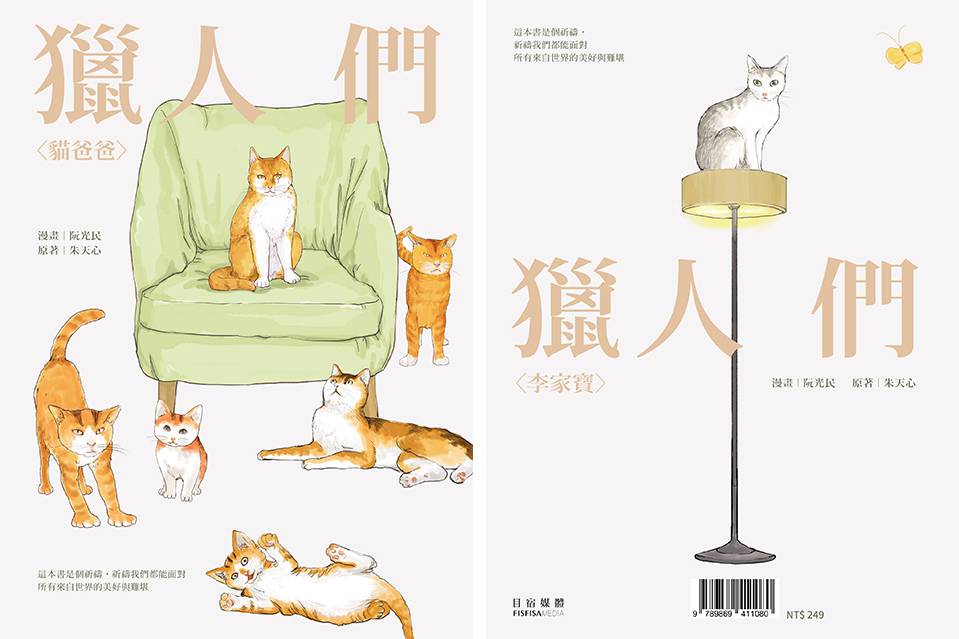 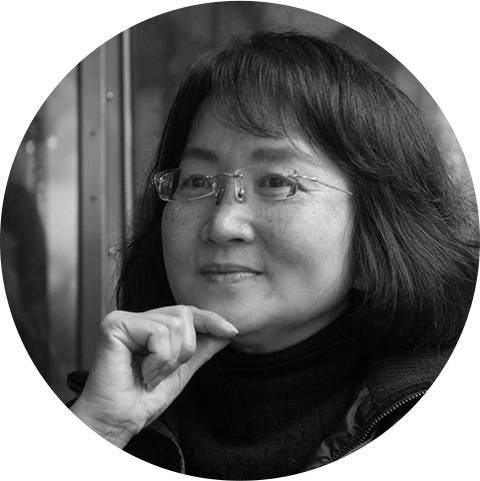 Born in 1958 in Kaohsiung, Taiwan, Chu Tien-Hsin majored in history at National Taiwan University. The former editor of The Threes Journal, Chu is the recipient of numerous literary awards.

Among her works are: Days on the Ark, The Song of Tilling the Toil, Yesterday When I was Young, Imperfect, Changing of the Seasons, I Remember, In Remembrance of My Buddies from the Military Compound, The Old Capital, The Wanderers, Before I Turned 22, Early Summer Lotus Love, The Cats' Lives, and A Cat A Person A City. 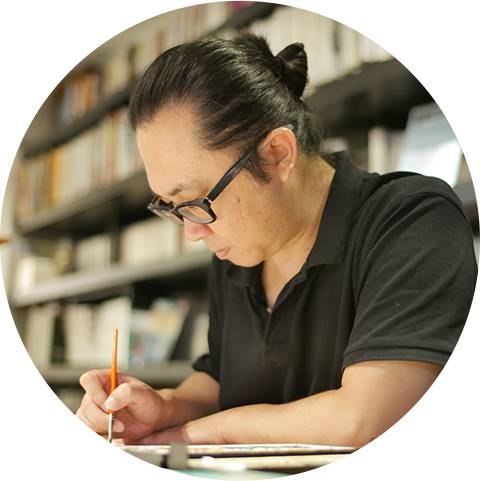 His works are marked by a deep and abiding concern for the lives of ordinary people in Taiwan. Through his spare and unadorned drawings, Mr. Ruan has tried to capture the values and outlook on life that have been passed down among Taiwanese from one generation to the next. He is the recipient of numerous awards.

He also turned the stage play Human Conditions, as well as the novel The Illusionist on the Skywalk, into graphic novels. 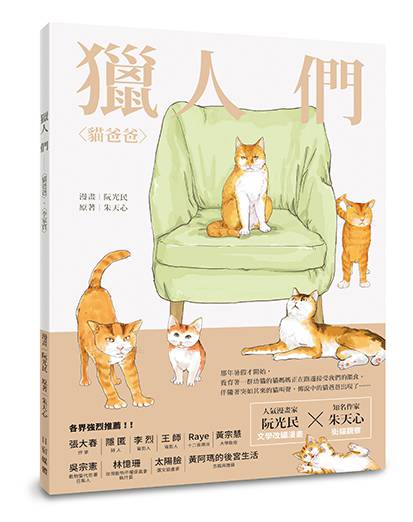 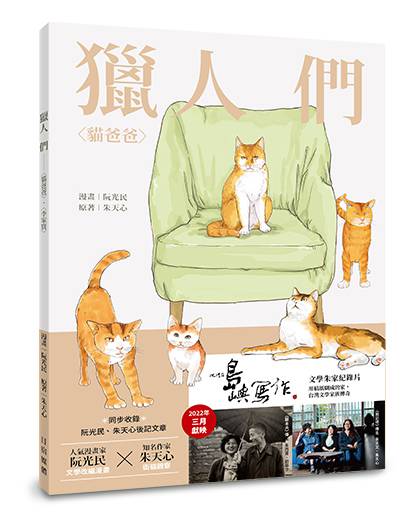 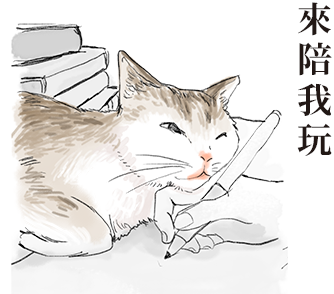 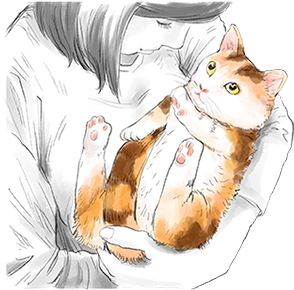 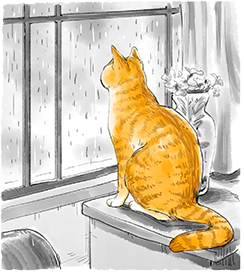 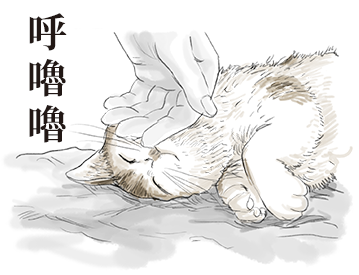 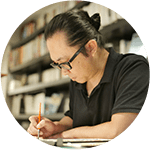 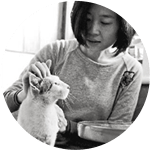 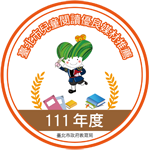