Is writing a struggle on a lonely battlefield? How do you sustain a home with manuscripts? After five years, the literary documentaries project “The Inspired Island” will be releasing its third series this year. The five films will feature seven writers and the impact of their work: a two-part series on the literary Chu family, including Chu Xi-ning and Liu Mu-sha in “The Wish Lives On”, and Chu Tien-wen and Chu Tien-xin in “I Remember”; Qi Deng Sheng in “The Emaciated Soul”; Wu Sheng in “The Sweet Burden”; and Yang Ze in “New Formosa Mambo”. The films are scheduled for different release dates throughout the year.

Preparations for this latest series in the documentary films project were carried out in 2016. Shooting began in 2017 and production is now nearing completion. The featured writers and poets have not only continued to create, but have influenced generations of literary successors and enriched Taiwan’s literary landscape and readers’ mindscapes. Among the four groups of writers featured in the five films, the Chu family epitomized a century of Sinophone writing on diaspora and putting down roots; at the vanguard of his times, Qi Deng Sheng was writing in the modernist mode as early as the 1960s; Wu Sheng expressed the poetic nature of the land of Taiwan through his writings—found in textbooks—and his activism on the streets; and Yang Ze, schooled in western literature, became a connecting link for different generations of writers. Fisfisa Media, which produced and presented “The Inspired Island” films, hopes to promote the enchanting value of literature through innovative use of the language of film and the appeal of images.

The first films to be launched in the first half of this year will be part one and part two of the Chu family series. Known for “a home sustained by manuscripts”, the Chu’s are a unique family in the contemporary Sinophone literature scene. “The Wish Lives On”, part one of the series, documents the lives of novelist Chu Xi-ning and translator of Japanese literature Liu Mu-sha, a husband and wife duo that devoted their lives to literature. “I Remember” tells the story of their daughters Chu Tien-wen, Chu Tien-xin, and Chu Tien-yi, and their son-in-law Tang Nuo, from co-founding the San-san Bookstore to their respective creative efforts up to the present.

“The Wish Lives On” marks Chu Tien-wen’s directorial debut. As a writer and screen writer, and as a key figure in Taiwan’s New Wave Cinema, Chu takes the viewpoint of a daughter in retracing the historic roots and vicissitudes of her family’s older generation. Through the love letters and diaries of her parents, she showcases the invaluable records of a literary family living through momentous times. “I Remember”, which features the second-generation writers of the Chu family and their writerly pursuits and breakthroughs, is directed by novelist Lin Jun-ying, a family friend of forty years. The two films are both produced by director Hou Hsiao-hsien, completing a unique and close-knit artistic team rarely seen for documentary films in Taiwan or abroad. The films are slated for official release in May.

Scheduled for release in the summer, fall and winter of 2020, respectively, are “The Emaciated Soul”, on novelist Qi Deng Sheng, “The Sweet Burden”, on poet Wu Sheng, and “New Formosa Mambo”, on poet Yang Ze. “The Emaciated Soul” uses the many works by Qi Deng Sheng as coordinates to decode this most controversial of Taiwan’s contemporary novelists, exploring his childhood, poverty and setbacks, lovers and children, and what his writing meant for his times. This film was directed by Chu Hsien-jer, who was nominated for best new director of the Golden Horse Awards for White Ant. He conducted many interviews with Qi Deng Shen, who had not made any public appearance for years, overcoming a number of obstacles in shooting and getting the writer to let down his guard. Interviews with key persons who play different roles in the writer’s life allow viewers glimpses into his reclusive life. Recreating scenes from his iconic works, together with location shooting, animation blending and visual effects, the film leads viewers into the wild and bizarrely beautiful world that he created through his writing.

“The Sweet Burden” trains its lens on the poet Wu Sheng, who continues his struggle for literature and the environment to this day. Whether he is fighting for farmers’ rights in his hometown of Hsichou in Changhua County or on the frontlines of environmental movements, his poetry always serves as a most gentle weapon in his social activism. The film was directed by Lin Jing-jie, whose documentary, “The Man Behind the Book” on writer Wang Wen-xing, in the first series of “The Inspired Island”, was nominated for a Golden Horse award. In a departure from people’s memories or impression of what is native, “The Sweet Burden” reveals how the poet who has devoted his life to the pursuit of environmental justice cultivates beauty from his struggles.

“New Formosa Mambo” features the lyric poet Yang Ze, who for many years served as editor of a literary supplement. Writers Luo Yi-jun, Yang Li-ya and Huang Chong-kai helped develop the script, which features the poet’s efforts in exploring a cultural discourse on Taiwan from the 1970s to the present. “New Formosa Mambo” endeavors to create a new narrative method for documentary films, focusing on Yang Ze’s reflections on the past hundred years of Taiwan and his cultural perspective of history, and attempts to lay out a poetic vision of Taiwan that sees “the south as a song, the north, a poem.”

Fisfisa Media founder and Pegatron Corporation chairman Tung Tzu-hsien pointed out that since its founding in 2009, Fisfisa has produced two documentary series that include thirteen films. The third series of “The Inspired Island”, which includes five films, has stayed true to the mission of using the visual and audio media preferred by people today to create an alternative means for approaching and experiencing literature. Tung said: “Hopefully the beauty and comfort afforded by literature can be conveyed to people through Fisfisa’s films, whether they are seen in theaters or online platforms, and regardless of whether viewers go back and read the poetry, novels and essays by these accomplished literary masters.”

Looking back on the past decade, Fisfisa released the first series of “The Inspired Island” in 2011, with six documentaries featuring the literary beliefs and creative lives of six writers: Lin Hai-yin, Chou Meng-tieh, Zheng Chou-yu, Yu Guang-zhong, Wang Wen-xing and Yang Mu. The second series, released in 2015, featured seven writers from Taiwan and Hong Kong, including Lo Fu, Ya Hsien, Lin Wen-yue, Pai Hsien-yung, Xi Xi, Ye Si and Liu Yi-chang. These past thirteen films were not only shown and promoted across Taiwan, sparking lively discussions and enthusiastic participation in cultural circles in Taiwan, Hong Kong and China, but were also entered in international film festivals and shown in overseas tours, winning numerous awards both at home and abroad. The five films of the third series will be shown in succession this year. For more information about the films please contact Fisfisa Media at +886.2.23968085 or go to fisfisa.com. Visit Fisfisa’s Facebook page for more film-related events: https://www.facebook.com/poemmovie/ 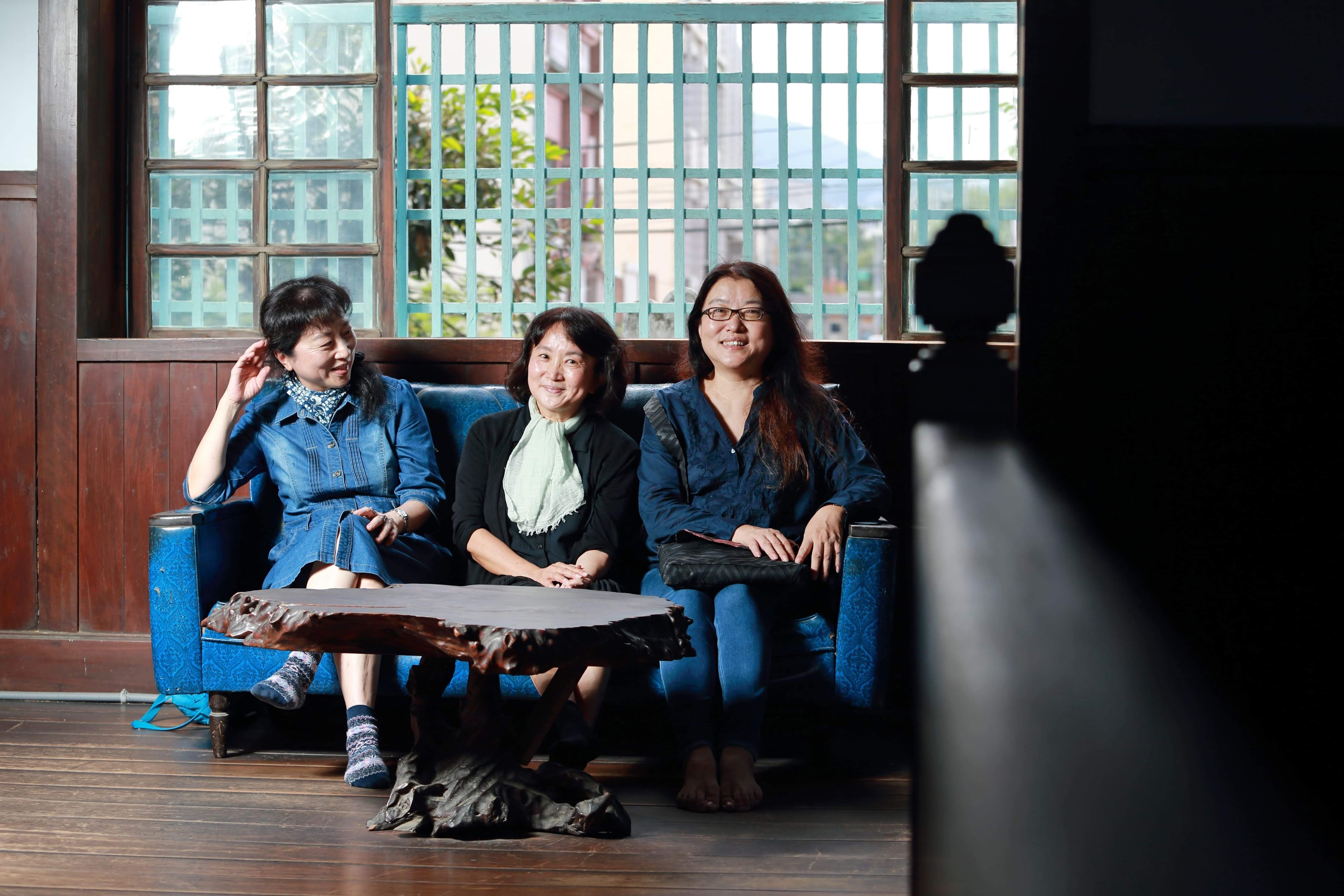 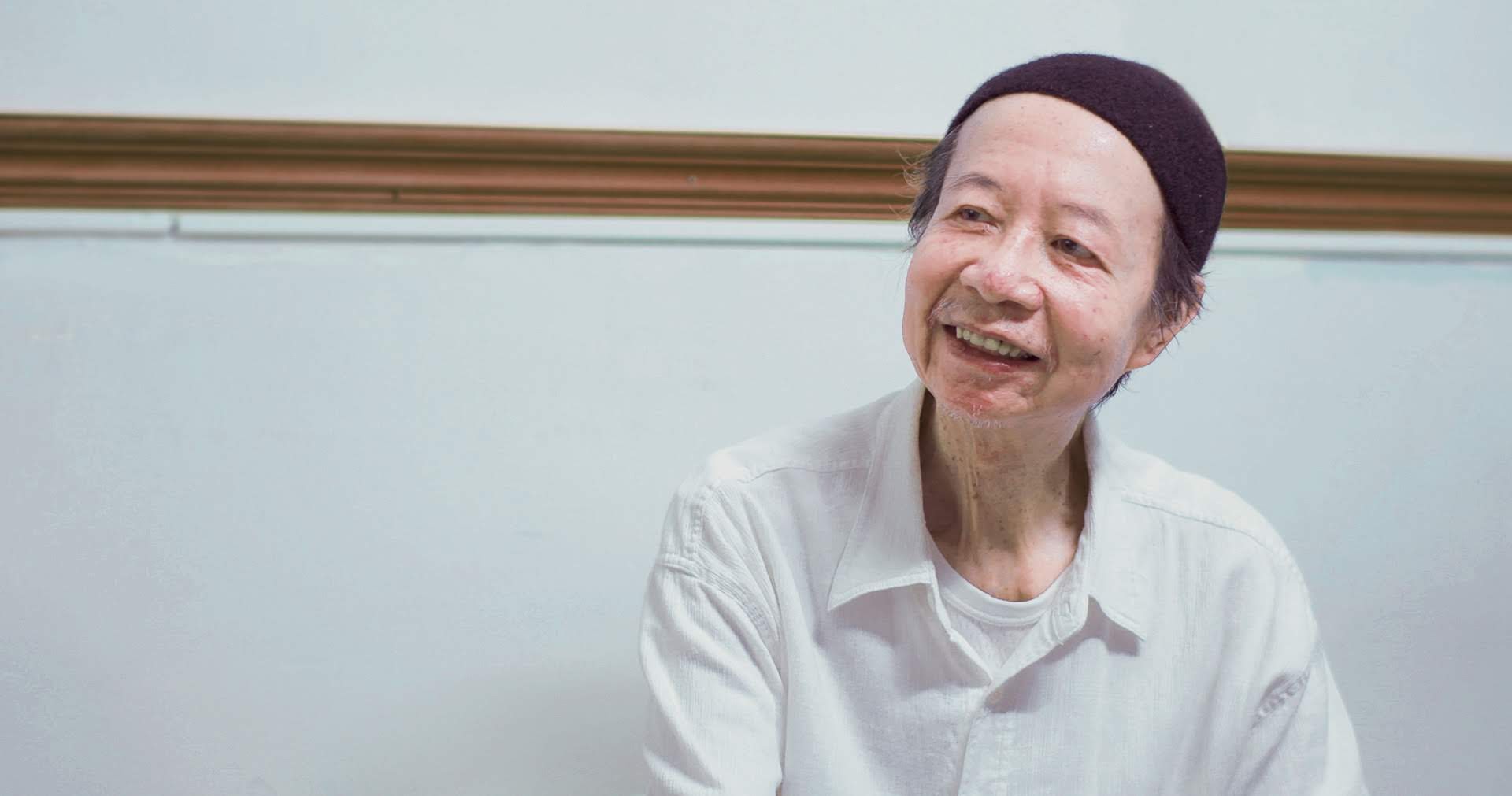 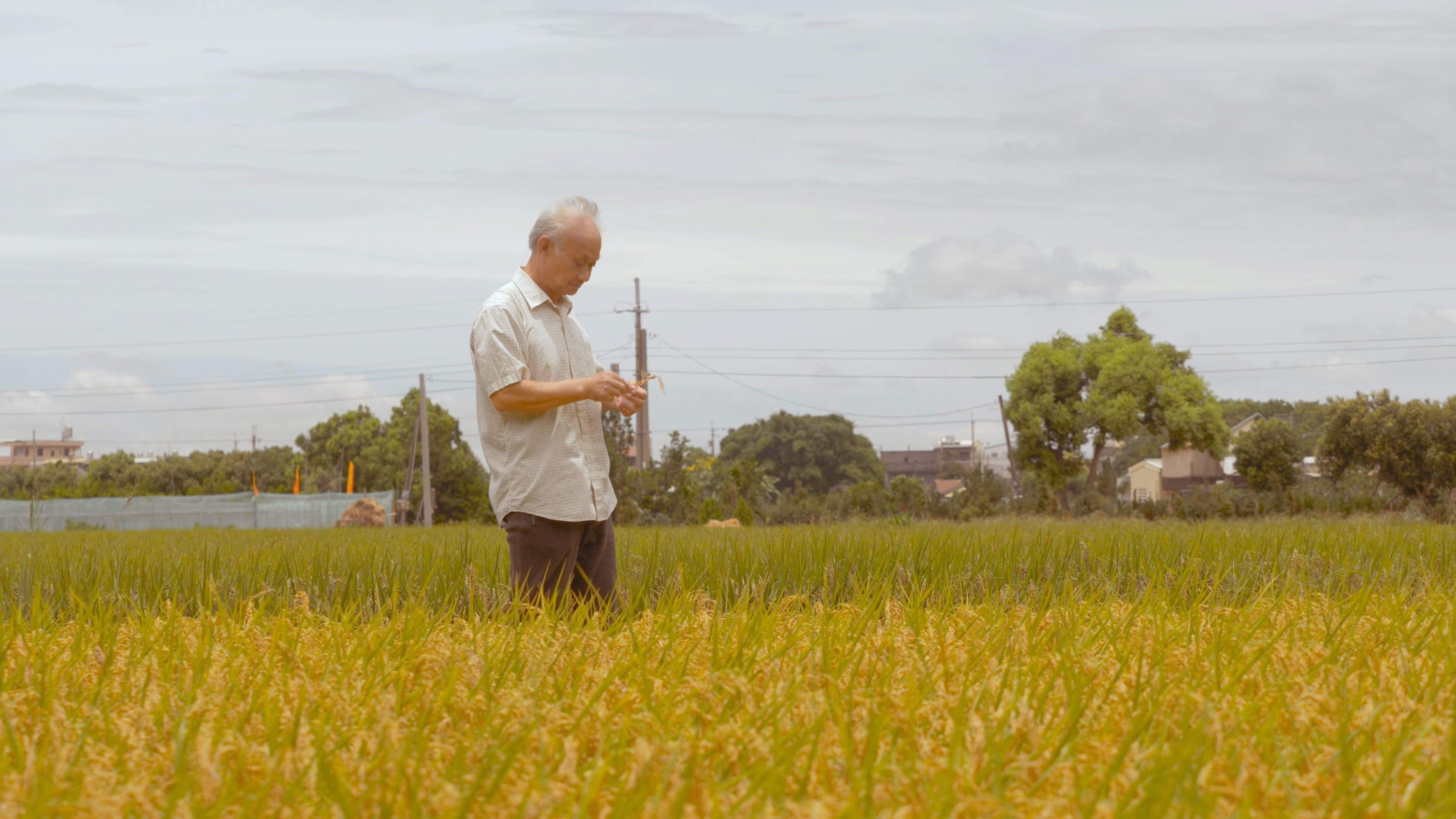 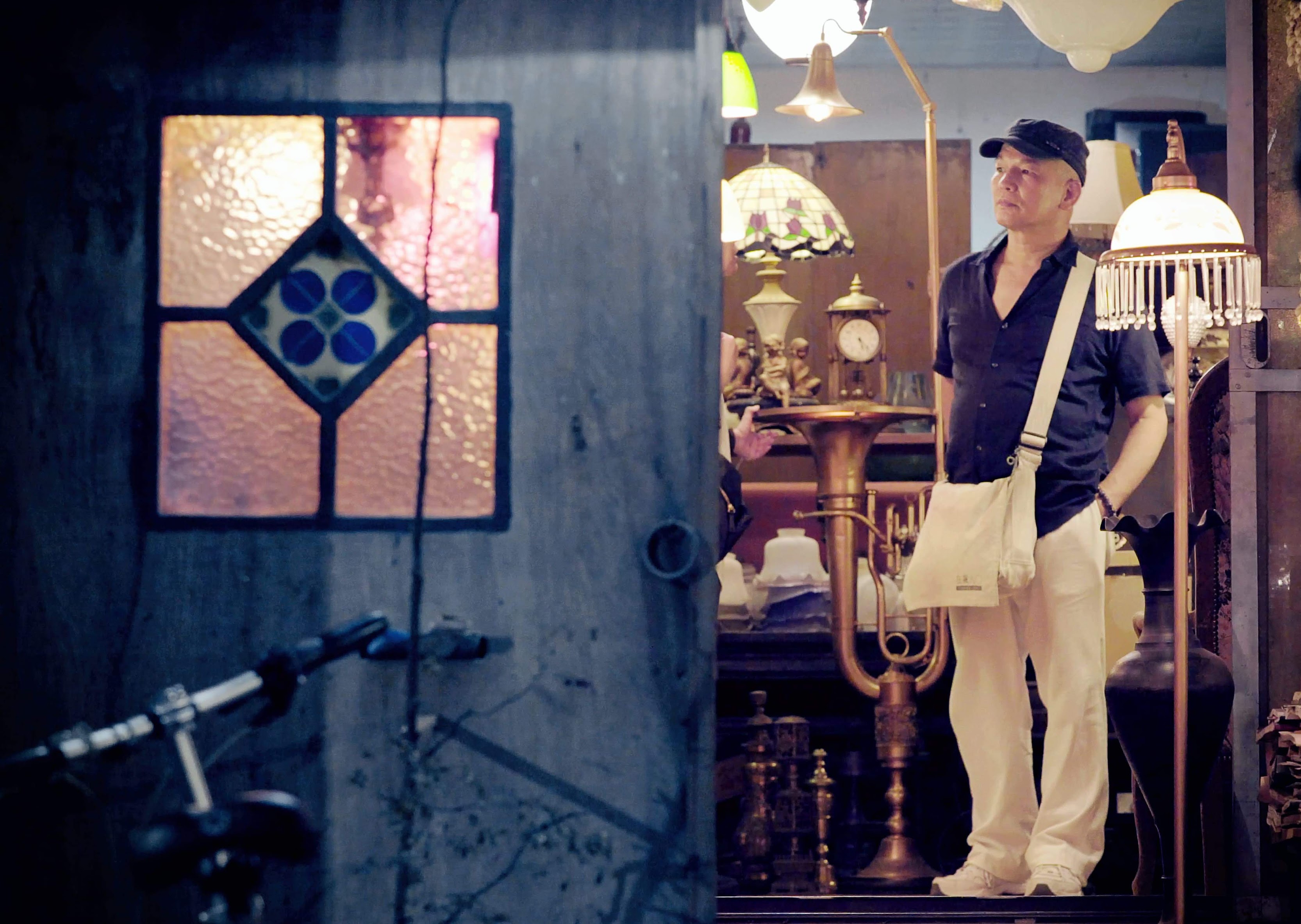