Wang Wen-xing - The Man Behind the Book

On a Solitary Road of Creative Experimentation 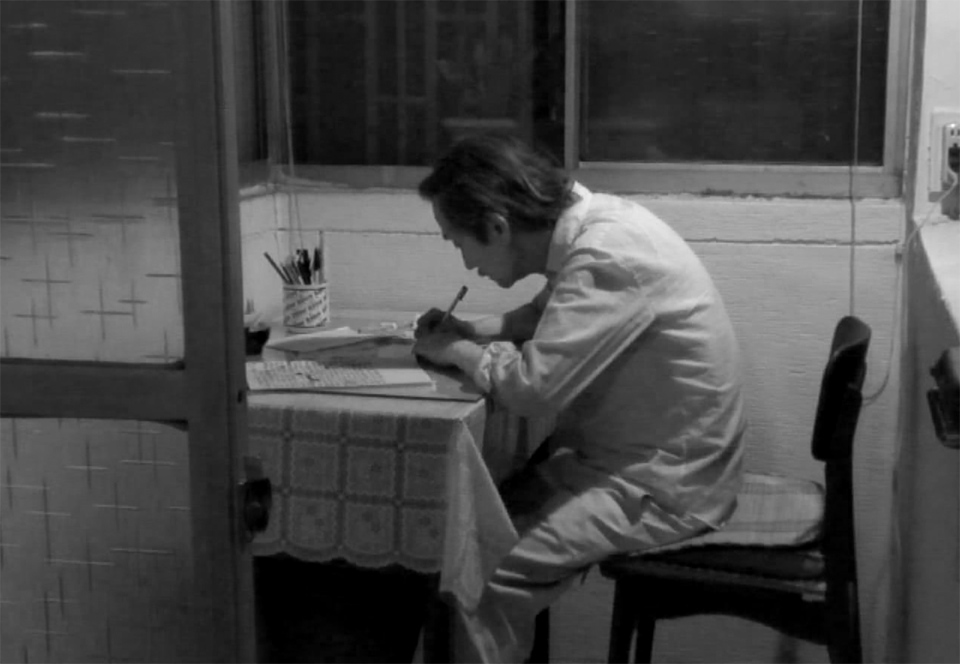 A Life Devoted to the Pursuit of Art

Every night the novelist engages in a struggle with himself in a small room, taking out soil from his heart as though he is digging a ditch… By following a young novelist in search of something, The Man Behind the Book connects the various pieces of Wang Wen-xing’s literary career: from the dense rows of book shelves in the library to the unevenly lined-up trees and forked roads, from his keen perception of art to his personal opinions. All this he takes and, as though sculpting a fruit stone carving of the mind, translates them first into markings, then into words. As such, Wang Wen-xing is a literary figure who believes in words, cherishes writing, and although slow in crafting his work, makes up for it with depth.

Wang Wen-xing is a recipient of the National Award for Arts, and his work was selected by Yazhou Zhoukan (Asia Weekly magazine) as one of the 100 best Chinese novels of the 20th century. He is known in the literary world for “slow writing, slow reading”, and has published only three books in more than half a century of writing: Fifteen Short Stories, Family Catastrophe, and Backed Against the Sea. Of writing, he says it has “become increasingly difficult”, and he writes at an ever slower pace, adding 30 characters to his final draft daily, 50 when he’s lucky. “I treat each character like a musical note,” he has said. “The pauses are rest signs, and the novel is the score.”

“I have never actually created language; I merely reveal what it was always capable of.”—— Wang Wen-xing 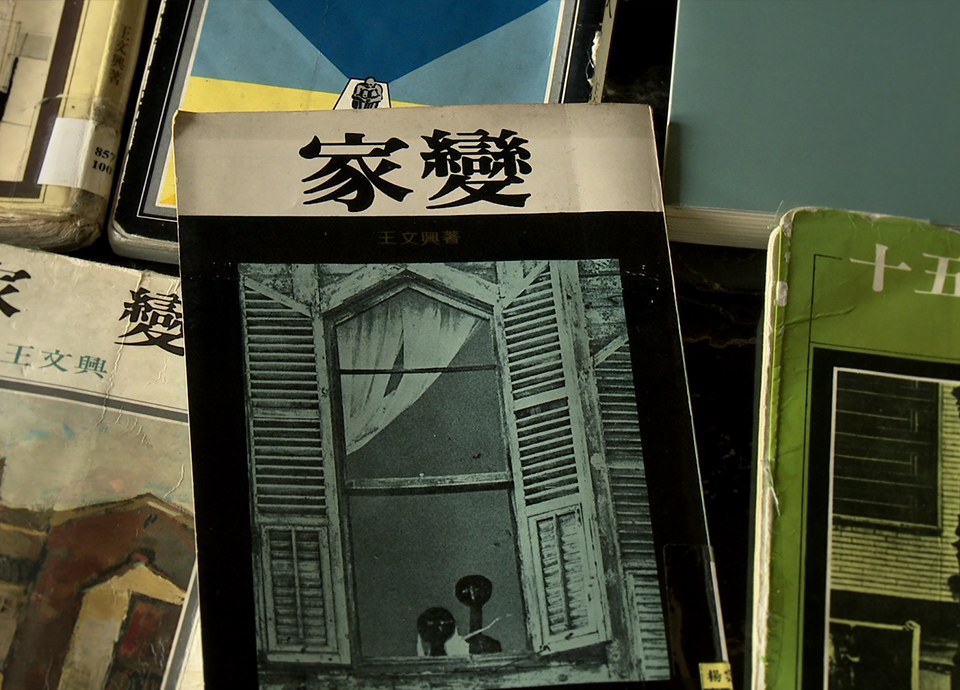 In 1960, Wang Wen-xing, together with Pai Hsien-yung, Ouyang Tzu, Chen Ruo-xi and other classmates at the Department of Foreign Languages and Literature (DFLL) at the National Taiwan University, founded Modern Literature magazine. His breakthrough work Family Catastrophe took eight years to complete, and was an immediate sensation after its publication in 1973. It was controversial in many ways. From its content, form and plot, to its structure and language, everything broke new ground in Taiwan’s literary scene. The novel was even labeled as “unorthodox” and “heresy”. “I do not seek to shock with novelty,” Wang said, “but to find a way out of a desperate situation.” Writer Chang Shi-kuo noted that “Family Catastrophe captured how attitudes had changed among the younger generation towards their elders, with far more poignancy than other works along the same vein.” Professor Yen Yuan-shu of the DFLL said of the novel: “The innovative use of language, the sense of immediacy, the realistic depiction of human interactions, the perceptive use of details, and the subtlety of style render it one of the few masterpieces of modern Chinese fiction.” When Backed Against the Sea was published, in two volumes, a quarter of a century later, it again drew the attention of the literary world and was considered to have pushed the modernist aesthetic to its extreme. Wang has already begun work on his next novel, with an indefinite completion date.

The Man Behind the Book is an attempt to allow audiences a glimpse into the interior world of Wang Wen-xing the modernist novelist by showing how others view him, how he reads his own work, and how he loses himself in a state of fervor when he writes. Known for his melodious voice, Wang not only shares his literary journey with host Tsai Shih-ping in the film, but also reads from Backed Against the Sea. 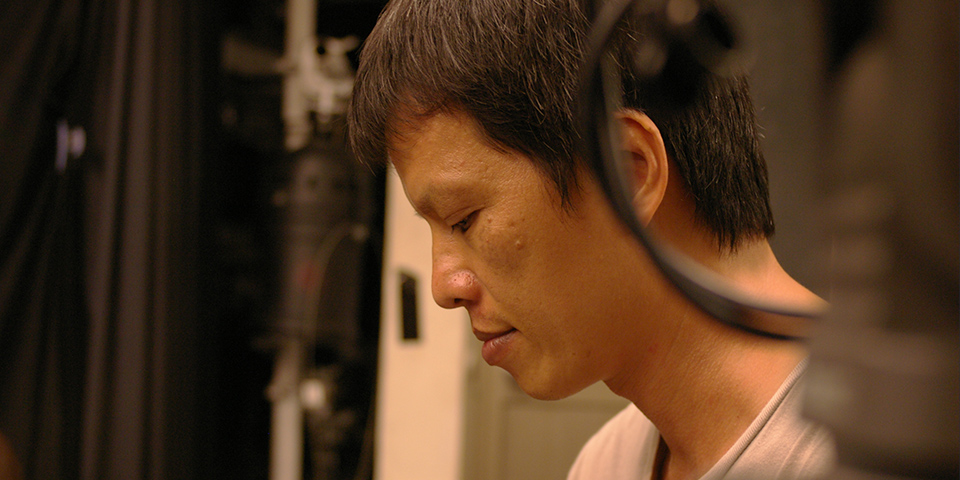 Lin Jing-jie’s movies have won numerous awards in the Asia Pacific Film Festival, Taipei Film Festival, Golden Horse Awards, and Golden Harvest Awards. In 2007, he took the International Critics' Week Award at the Venice Film Festival with his film The Most Distant Course. An erstwhile writer, he won the top prize for prose in the China Times Literature Awards and first place in the Unitas Fiction Writing Award for New Writers in the early 1990s. 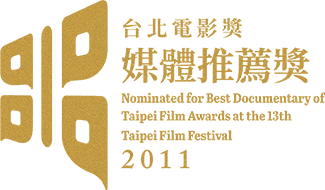 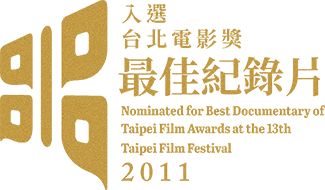 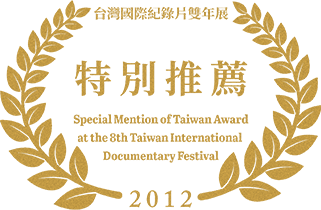 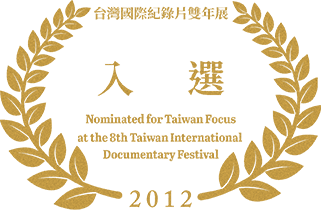 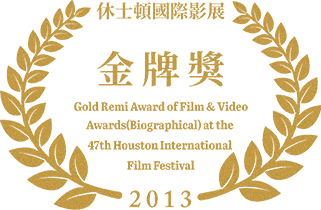 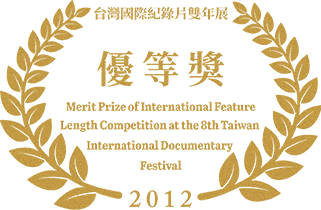 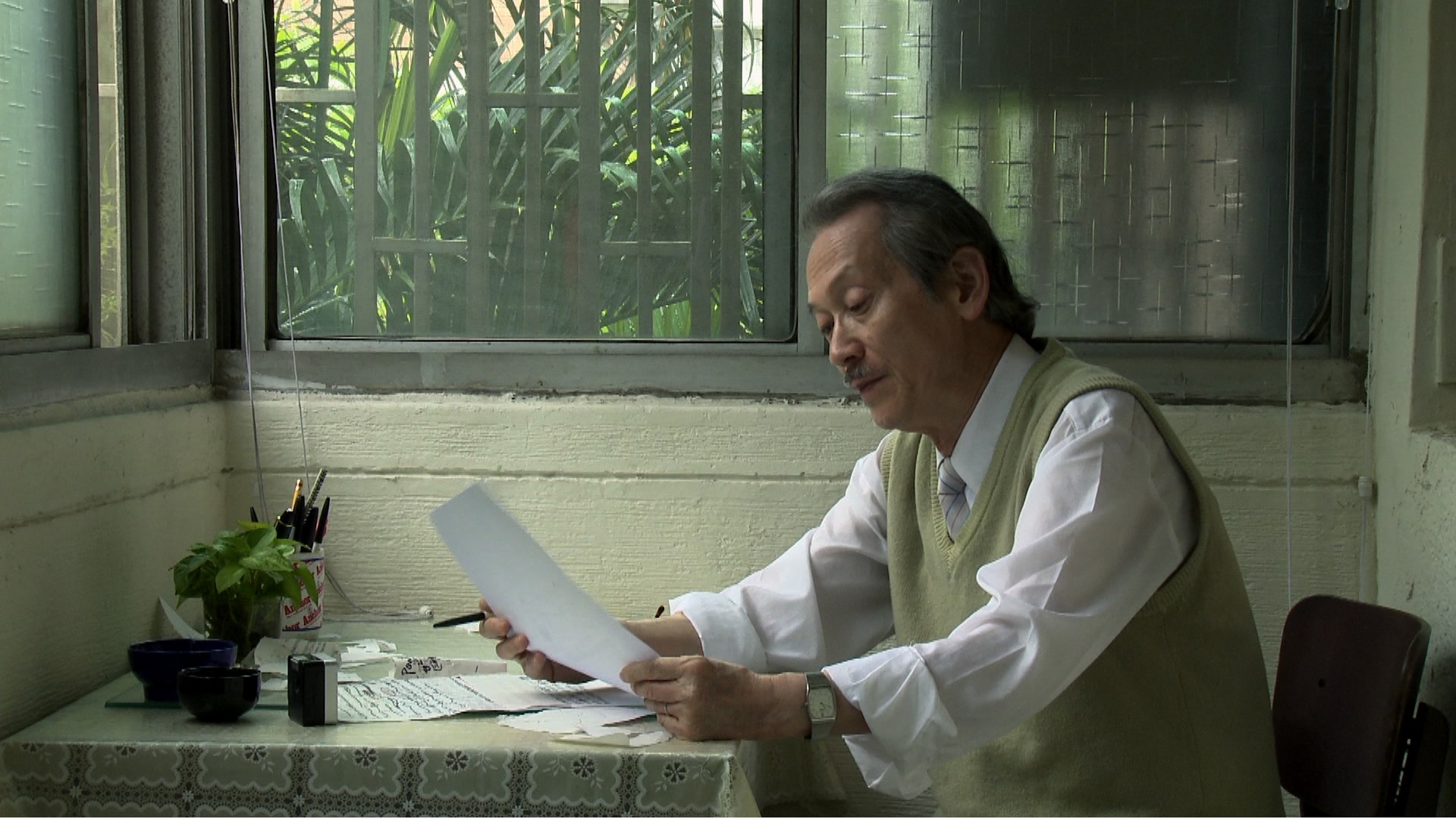 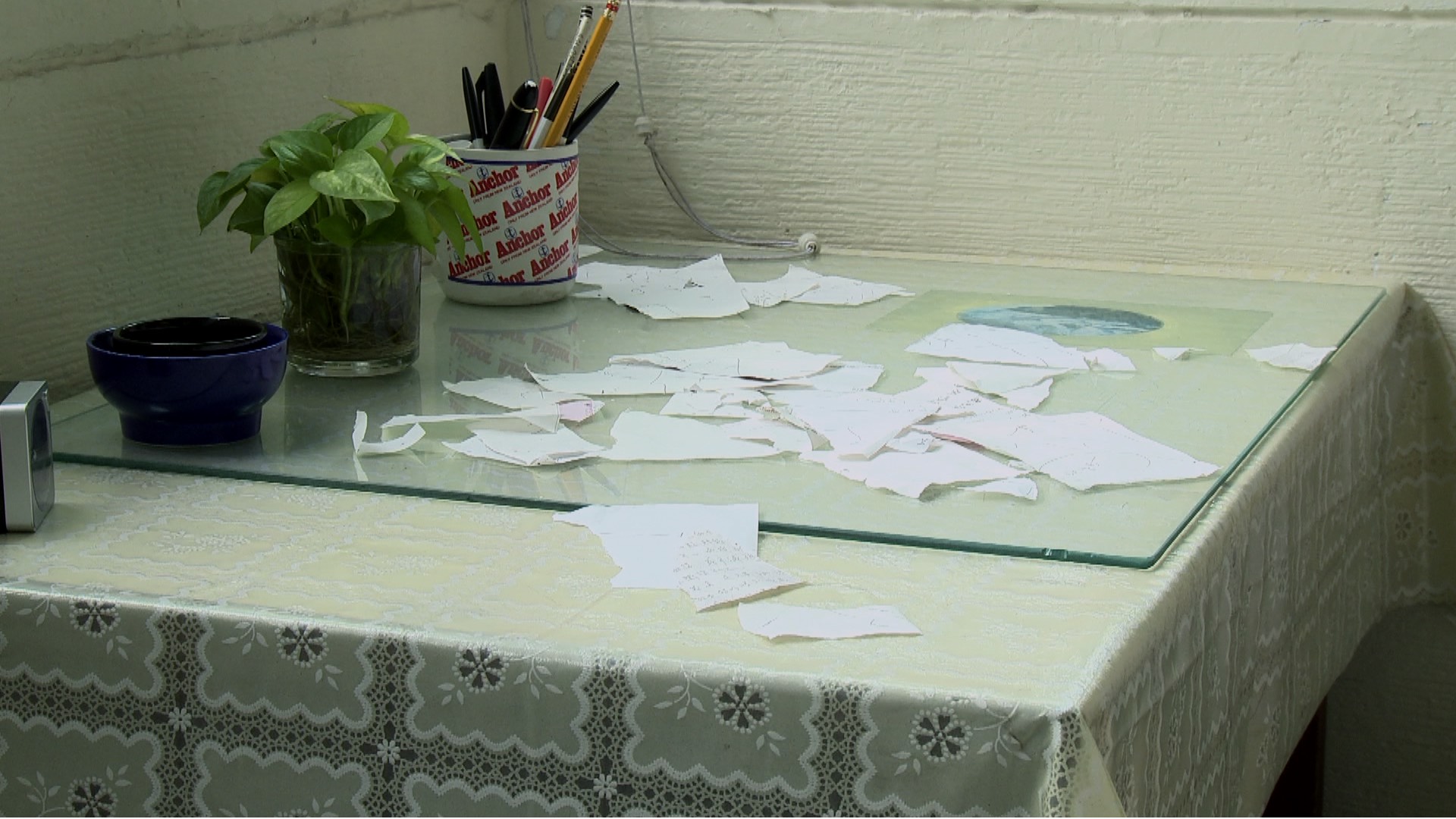 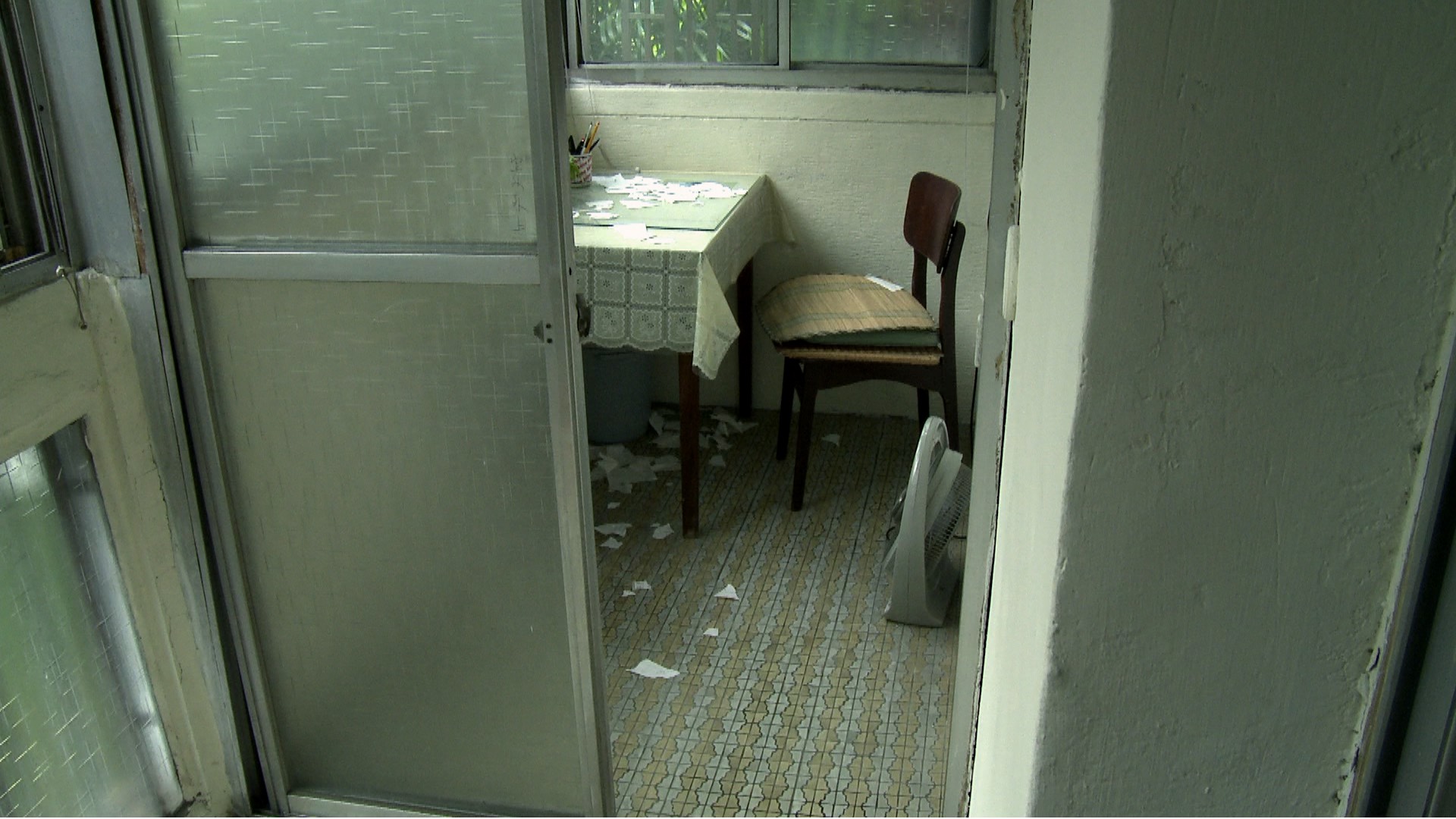 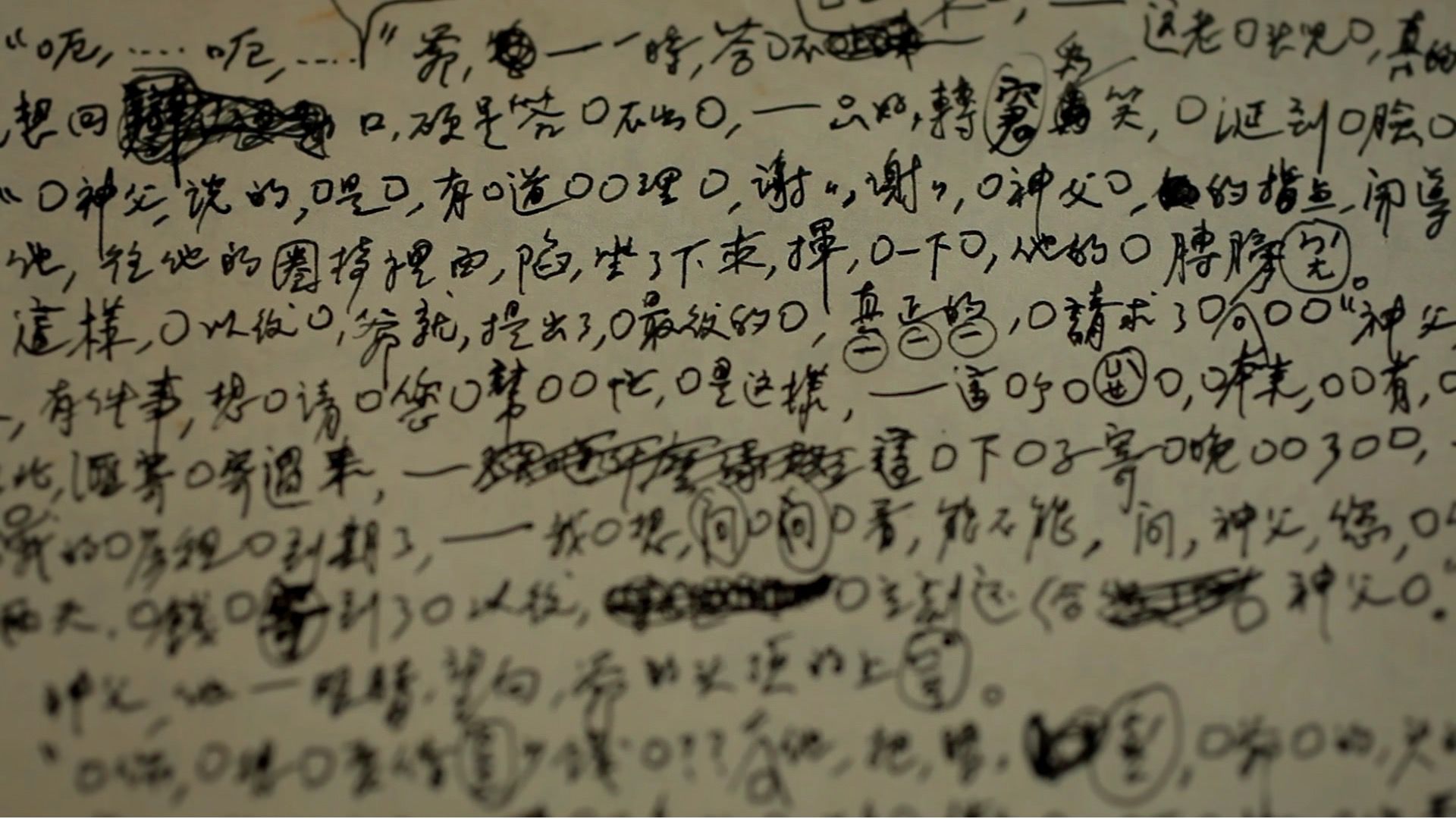 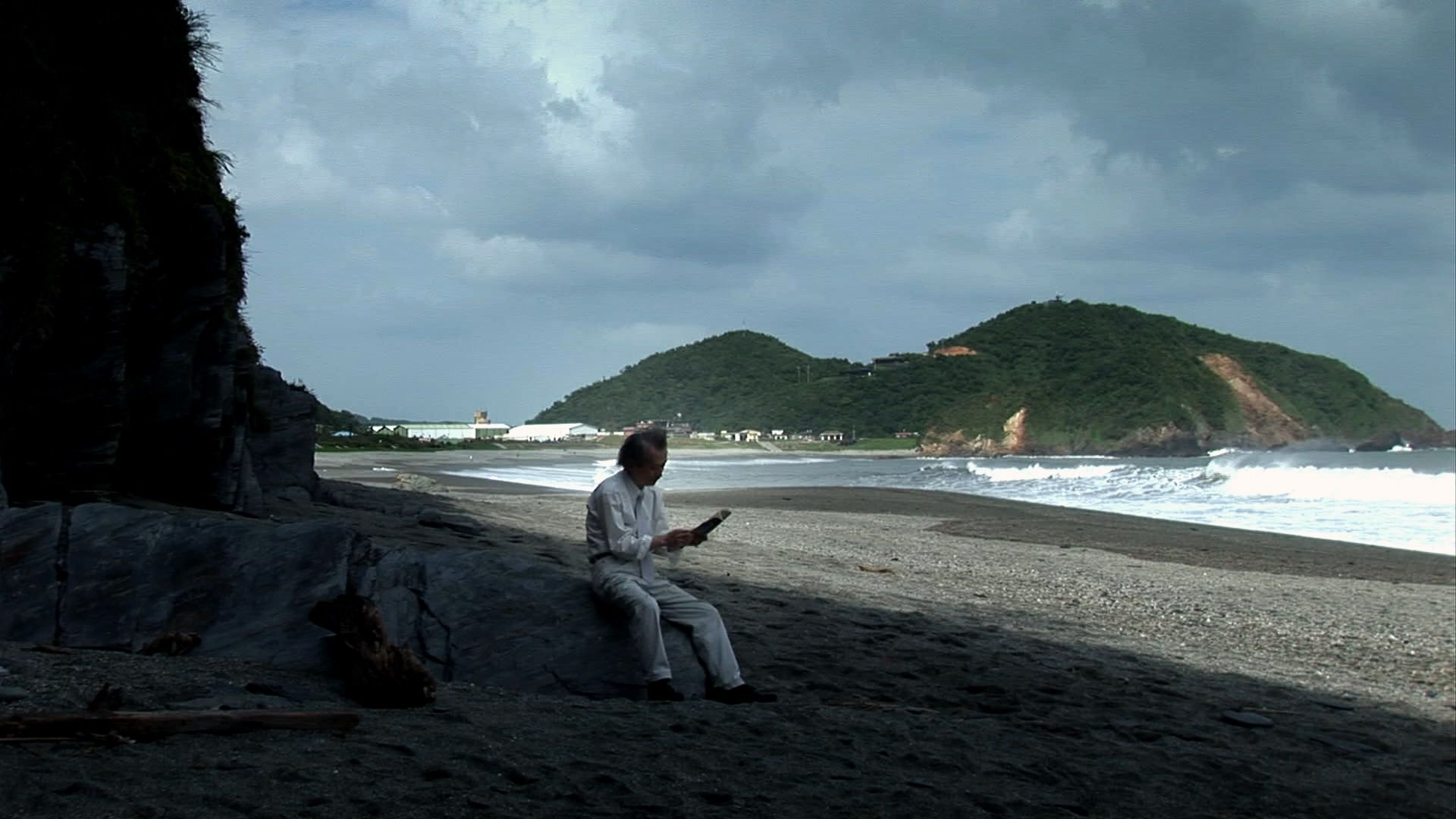 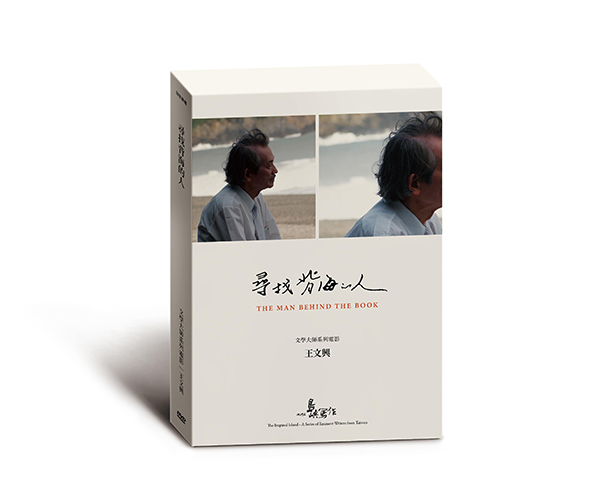 Re-encountering Professor Wang Wen-xing years after reading Family Catastrophe and being dazzled by it, I now find that he is not difficult to understand at all.
——Online comment from Wu Kan

When I saw the part where he seemed to be knocking the desk with his pen, I thought the pen was not working, or perhaps he was angry with himself for not producing anything. Turns out he was trying to simulate the feeling of “bending”. It is as though he had been possessed, not by any deity, but by himself.
——Online comment from Hao Chun

The director successfully helped viewers to better understand Professor Wang, and the soul that travels on a lonely literary path, devoting a whole life to the sculpting of words.
——Online comment from Y

Born in Fuzhou, China
Family moves to Taiwan and resides in Donggang in southern Taiwan.
Moves to Taipei and resides in Kishu An (an old Japanese restaurant converted to a government dormitory building).
Publishes his first novel, Nighwatch, at age 19.
Co-founds Modern Literature magazine.
Begins teaching fiction at the Department of Foreign Languages and Literature (DFLL) at National Taiwan University.
Publishes first collection of short stories, Long Tien Lou.
Completes Family Catastrophe, his most important work. It is serialized in the Chung Wai Literary Quarterly and published the following year.
Completes volume I of Backed Against the Sea.
Becomes a baptized Catholic at age 46.
Selected as the featured Taiwan writer at the Fu Jen Catholic University’s first “Conference on International Literature and Religion”.
Completes volume II of Backed Against the Sea.
Family Catastrophe is included in “Thirty Great Works of Taiwan Literature” and the “100 Best Chinese Novels of the 20th Century” by Yazhou Zhoukan (Asia Weekly magazine).
Retires from DFLL and starts work on his third novel, one with a religious theme.
Receives the 13th National Award for Arts.
Awarded the Order of Arts and Letters by the French government and receives the 6th World Chinese Literature Award.